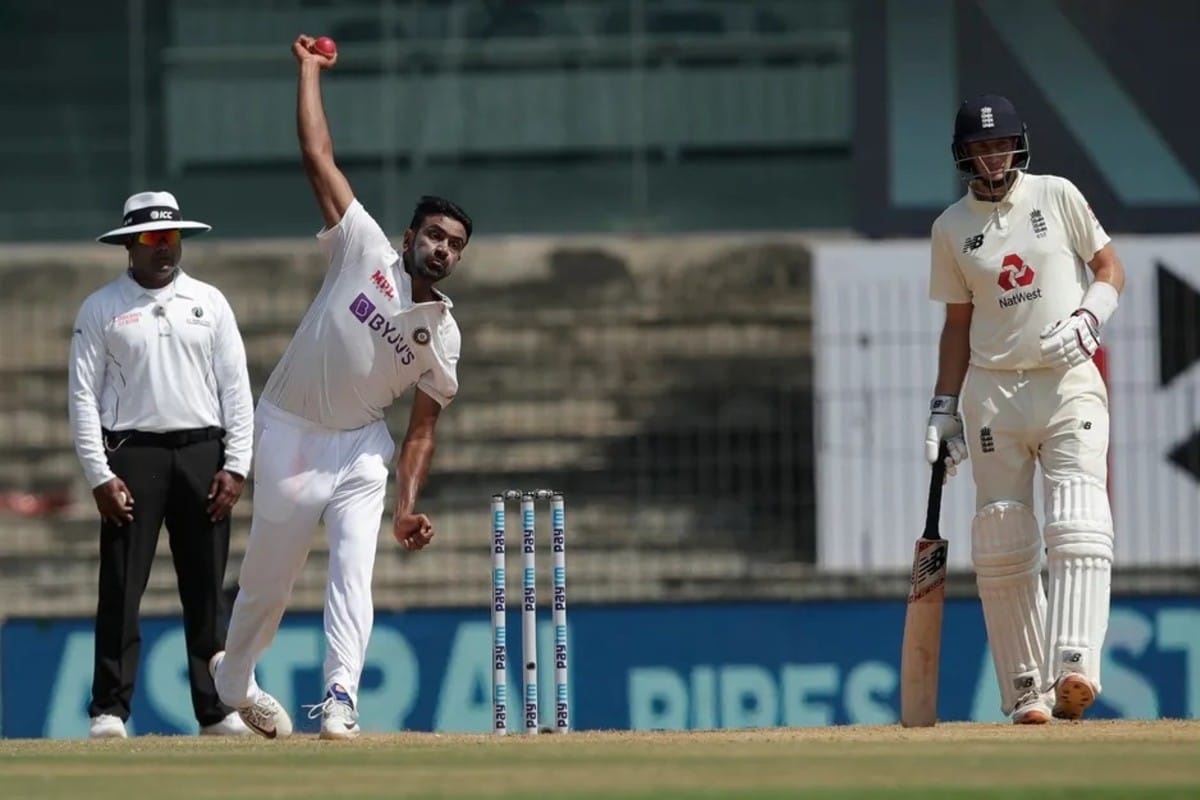 R Ashwin is India’s greatest match-winner with the ball in Test cricket at home in the country’s cricketing history – ahead of giants like Anil Kumble, Harbhajan Singh and Bishan Singh Bedi. In what was another ruthless performance on a helpful wicket in his hometown, Chennai, Ashwin ran through the England batting line-up and picked his 29th fifer in Test cricket. As a result India routed the visitors for 134 in the first innings gaining a match-defining 195-run lead.

India vs England 2021: Axar Patel Impresses On Debut With Discipline, Variety and Returns

Ashwin had returned with a six-wicket haul in the second innings of the series opener in Chennai and continued from where he had left in the previous Test. With Ravindra Jadeja out of the series due to injury there was pressure on Ashwin to deliver. India were 0-1 down in the series and another loss would have meant the end of their domination at home and an exit from the possibility of qualifying for the final of the World Test Championship final at Lord’s in June this year.

The local boy delivered when it mattered most in what was one of the most crucial opposition innings at home for India in recent memory. The home team had to make a big statement with the ball after the defeat in the first Test and needed their senior statesmen to put their hands up and deliver. A little help from the pitch and Ashwin was all over England.

Ashwin showed his entire repertoire today against the English batsmen – the classic off break tossed up outside the off stump and the one bowled around the wicket drifting in and then moving away to hit the top of off – he gave an example of the latter when he saw the back of Ben Stokes with a peach of a delivery.

His first wicket was a big one – of England’s rock at the top of the order, Dom Sibley. In this case Ashwin extracted extra bounce from the wicket to kiss the back of the bat of the England opener. When Ashwin gets a wicket early in his spell there is no stopping the off spinner. Here he had struck in the 11th over of the innings. The visitors knew they were up against it.

Dan Lawrence’s dismissal at the stroke of Lunch was a classic case of a batsman crumbling after relentless pressure applied by Ashwin and Axar Patel from both ends, bowling a very tight line and length and giving nothing away. Ashwin troubled the right-hander on several occasions before having him caught at one of the close-in catches.

Ashwin returned with figures of 5-43 in 23.5 overs. Not only had he picked wickets but been brilliantly restrictive. He did not bowl any full toss or short-pitched delivery to the England batsmen. Another feature of his bowling was the numerous occasions on which he drew the batsmen forward. On a fast turning wicket that is half the battle won!

His accuracy, guile and drift, changes of pace and the variations in seam angles to control the spin made him almost impossible to face on a responsive Chepauk wicket.

Ashwin overtook Harbhajan Singh and became the second-highest wicket-taker at home for India in Test cricket during the course of his magnificent performance today in Chennai. The off spinner has an aggregate of 268 wickets in just 45 matches at an average of 22.54 and strike rate of 49 in India. His exploits include 23 fifers and 6 ten-wicket hauls in a match. In comparison, the great Anil Kumble, India’s biggest match-winner at home in the 1990s, has a total of 350 wickets in 63 Tests at home at an average of 24.88 and strike rate of 59.4. Kumble has 25 fifers and seven 10-wicket hauls to his credit. The main difference in their numbers is in their wicket-taking prowess – Ashwin has picked a wicket 10 balls faster in India than Kumble and that is a phenomenal effort!

Ashwin also reached another unique milestone. He became the first bowler in Test cricket history to dismiss 200 left-handed batsmen. Of his 391 Test wickets, 200 are of left-handed batsmen! Just for perspective, compared to Ashwin’s share of 51.2%, Muttiah Muralitharan’s total percentage of left-handed dismissals was just 23.9%. Ashwin has a splendid average of 19.55 against left-handers and 31.24 against right-handers – not surprising then that he produced an absolute Jaffa to uproot Stokes!

Ashwin continues to be India’s greatest match-winner with the ball at home since his debut. His ability to run through opposition sides in India is second to none. In fact, Ashwin’s strike rate of 49 in India is the best for any spinner at home (min. 100 wickets) in Test cricket history! It is better than Muralitharan (50.8), Herath (51.3), Laker (54.7), Kumble (59.4), Warne (60.8) and Qadir (62.2) to name a few all-time greats. This means Ashwin is a bigger match-winner with the ball in India than Muralitharan in Sri Lanka or Warne in Australia.

Ashwin is the dominating force in India’s unprecedented domination at home in Test cricket in the last 8-9 years. They have been victorious in all the 12 home series they have played since February 2013. Such has been his domination that he has been the highest series wicket-taker for India in four major wins at home in this period. Ashwin picked 31 wickets in the 3-0 win against South Africa in 2015-16, 29 wickets in the 4-0 sweep in the Border-Gavaskar Trophy in 2013, 28 wickets the last time England toured India in 2016-17 and were hammered 4-0 and 27 wickets in the 3-0 sweep against New Zealand in 2016.

Such has been his consistency that he has gone wicket-less in just 5 of the 86 innings he has bowled in at home . He has picked three or more wickets as many as 48 times – these are sensational numbers from the off-spinner.

Another Ashwin masterclass bowled out England for their second-lowest total in an innings in India today. He has already bagged 14 wickets in 3 innings in the current series. His inspiring performance at his home ground when India needed it the most may well turn out to be the one that not only defines the match but the entire series.