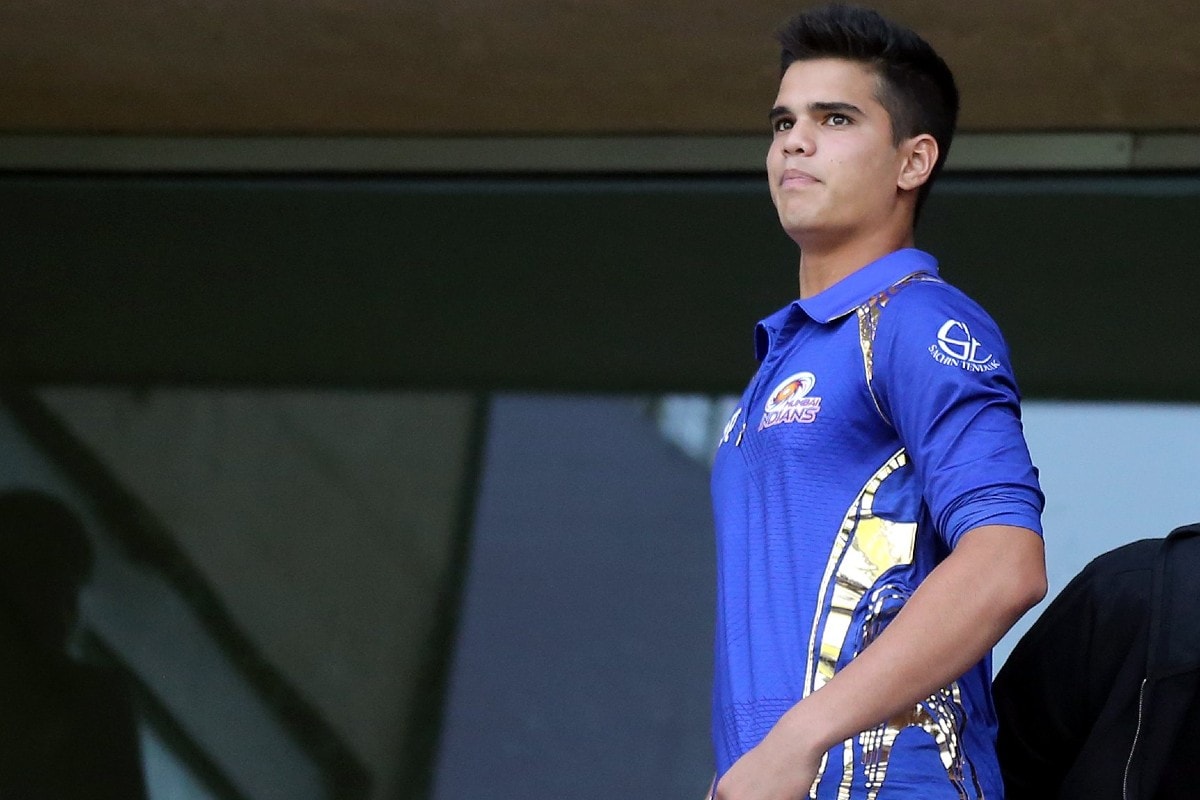 With the IPL Auction just around the corner, Arjun Tendulkar, son of the legendary Sachin Tendulkar, displayed some fine all-round skills as he smashed a 31-ball unbeaten 77 and picked up three wickets for 41 runs in a local Mumbai tournament. Arjun, who has enlisted for IPL 2021 Auctions has a base prize of Rs 20 Lakh. A solid performance leading to the auctions have only alerted the scouts who will be helping the eight respective franchises during the auction.

Arjun played for MIG Cricket Club and which help them hand Islam Gymkhana a 194-run defeat in a second round Group A match of the 73rd Police Invitation Shield cricket tournament here on Sunday. The tournament is being organised under the auspices of the Mumbai Cricket Association (MCA) and is the first cricket competition in the city since the Coronavirus-forced lockdown.

The 21-year-old left-handed Arjun hit five fours and eight sixes during his blistering knock. He picked off-spinner Hashir Dafedar for special treatment, hitting the bowler for five sixes in one over. Besides Arjun’s superb efforts, the knocks of opener Kevin D’Almeida (96) and No. 4 batsman Pragnesh Kandillewar (112) also played a significant role in MIG’s massive victory.

Arjun recently made his senior Mumbai debut when he played in the Syed Mushtaq Ali Trophy. He has also been included in the list of players for the IPL auction, set to take place in Chennai on February 18. Earlier, Arjun has bowled to Indian national team players in the nets and also represented India U-19 during a tour of Sri Lanka.