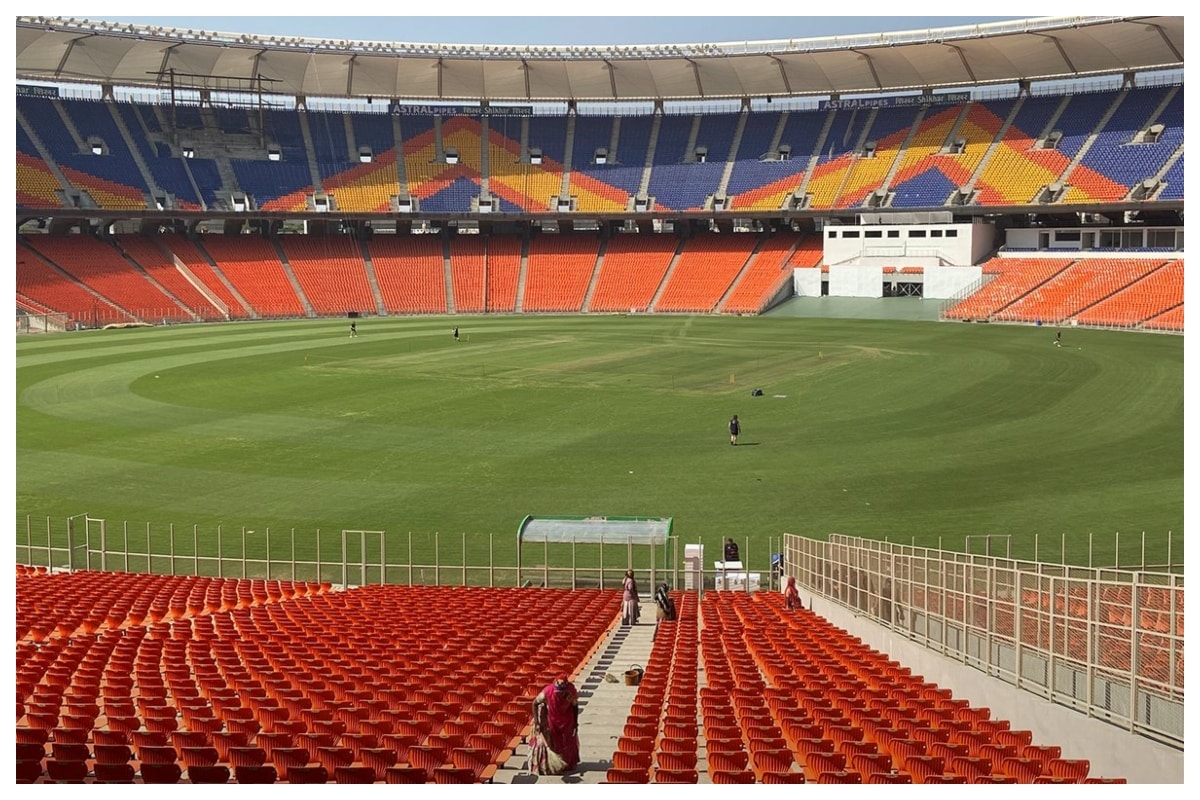 Being in the middle of a stadium with a capacity of over 1,00,000 is intimidating, even if you are a World Cup-winning player who has played on the global stage at the biggest of stadiums. Just ask Ben Stokes, England’s star allrounder, who was in awe of the revamped Sardar Patel Stadium at Motera, Ahmedabad which is set to host the 3rd Test, and the 4th, between India and England on February 24. Ahead of the match, England had their first practice session and Stokes took to Twitter to appreciate the grand structure Motera Stadium has become now.

Vande Mataram, the National Song of India, was being played in the stadium as England players put in the hard yard. England team’s official Twitter account also posted a couple of videos of the training session. Stokes, replying to one of the tweets wrote, “Some stadium this is……and a bit of local music to help get through to the end”.

Some stadium this is……and a bit of local music to help get through to the end 🎵 🎵 🎵 https://t.co/FTrS8sTWHJ

Fans have been waiting to watch the match from the historic venue, which will now finally happen. The world’s largest cricket stadium will also have 11 centre strips, which is also unique, along with never-before-heard four dressing rooms with in-built gymnasium, said Gujarat Cricket Association’s joint secretary Anil Patel.

The Motera stadium had undergone extensive renovation which started when current BCCI secretary Jay Shah was in charge of state cricket unit.

With a seating capacity of 1,10,000, which is more than Melbourne Cricket Ground, the GCA will put up around 55,000 tickets on sale for the next two Test matches at the venue.

Recently, the Syed Mushtaq Ali trophy’s knock-outs were held at the Motera.

“Instead of mast lights, we have installed LED lights on the entire circular roof for better visibility and to eliminate shadows,” he said.

Patel also said that state-of-the-art drainage system will help the ground dry up in quick time in case of a heavy downpour.

“Sand has been used underneath the grass. This along with a state-of-the-art drainage system will remove the rain water very quickly in comparison to other regular grounds.

“Even in case of 8 cm of rainfall during a match, the water would drain out very fast. This will reduce the chances of matches being cancelled due to rain,” said Patel.

He added that equipment worth Rs 2 crore were purchased just for the upkeep of the ground.

The stadium, spread in an area of 63 acres, also has 6 indoor pitches with bowling machines. This is in addition to the outdoor practice pitches and two practice grounds with a small pavilion area, said Patel.

“This is the only stadium in the world with four dressing rooms for the players. Each dressing room has a state-of-the-art gymnasium among other amenities. The stadium also has a clubhouse with 50 deluxe rooms and five suites,” Patel said during the media tour of the stadium.