India vs England: Want to be in WTC Final, but Not Looking Too Far Ahead – Rohit Sharma 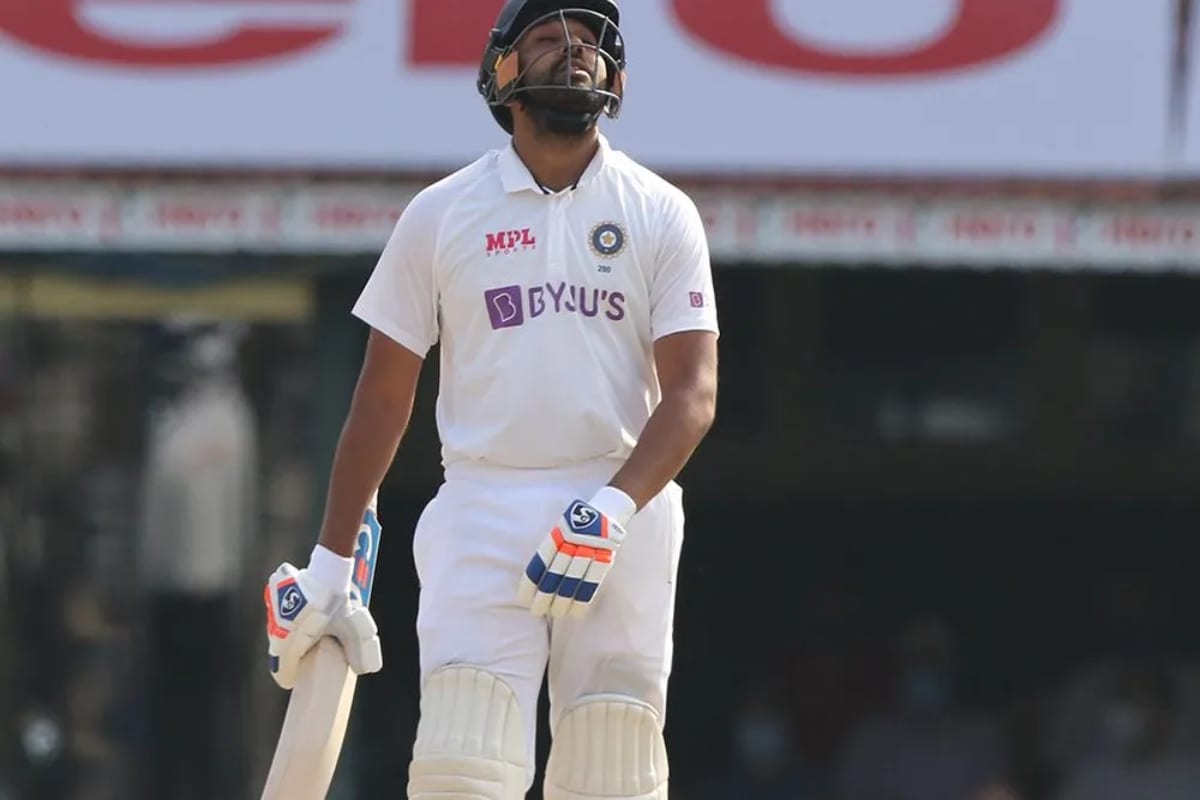 Set to play in only his second pink ball Test, India opener Rohit Sharma on Sunday said he will be “extra cautious and focussed” while batting during the twilight phase of the upcoming day-night match against England here.

‘Experts Should Talk About the Cricket, Not Pitches’ – Rohit Sharma

Rohit, who scored a dazzling 161 in the second Test in Chennai, had featured in the first day-night Test held in India against Bangladesh in November 2019 but did not bat during the twilight phase.

“So far I have only heard that it kind of plays on a batsman’s mind . I played just one pink ball Test against Bangladesh but didn’t get to bat at that (twilight) time when sun was about to set but I have to try and understand what exactly happens during that time,” he said during a virtual press conference ahead of the third Test against England, starting here on Wednesday.

“It’s obviously a little challenging, the weather and light suddenly change. You have to be extra cautious and focussed, you need to talk to yourself. All batters are aware of these challenges. We just need to be mindful of the situation and play accordingly.”

The four-Test series between India and England is currently tied at 1-1.

Apart from this, Rohit is also concerned about adjusting to the lights and surroundings whilefielding in the newly-built Sardar Patel Gujarat Stadium in Motera.

“Whenever you play in a new stadium, there’s always a challenge to get used to the lights. Tomorrow we will be practising under the lights so the focus will be on getting used to those lights and seats because the seats are new and they will be shiny,” he said.

With a World Test Championship final spot at stake, the ongoing series holds great significance for both India and England.

While India need to win at least one more match and draw the other if they are to progress to the final, England must win both the remaining games.

“Yes, of course we want to qualify, we want to be there in the (WTC) final but we still need to do a lot of things right to get there. When we are playing, the focus is only on what we need to do to win the game,” Rohit said.

India’s limited overs vice-captain stressed on the importance of communication, which according to him is essential for the side’s success.

“I often stand in the slips so I read the game from behind and it is important for me to pass on the information as to what the batter is trying to do. We try and keep sharing the information with each other so that the team gets what it wants on the field,” he said.

“Whatever helps the team to get over the line we are ready to do that. On many occasions you have seen that the team has come from a difficult situation and made a comeback and that’s only because of communication.”

Rohit also touched upon his injury rehabilitation phase before the Australia Test series after he sustained a hamstring strain during the last IPL in the UAE.

He thanked the BCCI and Cricket Australia for their support during his 14-day quarantine period Down Under before the Test series.

“I wouldn’t rate any knock or put one ahead of another,” he said. “Every knock comes under different a kind [of] pressure and circumstances. All the knocks are important. Yes, it was satisfying to get the team to decent total [in Chennai], so it is satisfying personally.

“Once I realised ball started to turn, a rough was created outside off [stump] for the offspinner. So I realised you have to be a little positive in your intent and be unorthodox in playing different types of shots on the pitch. Having a strategy against the bowlers was important. I knew he [Moeen Ali] was bowling in the rough from outside off, so sweeping was a better option.”

India vs England: Harbhajan Singh or R Ashwin? Gautam Gambhir Has His Say