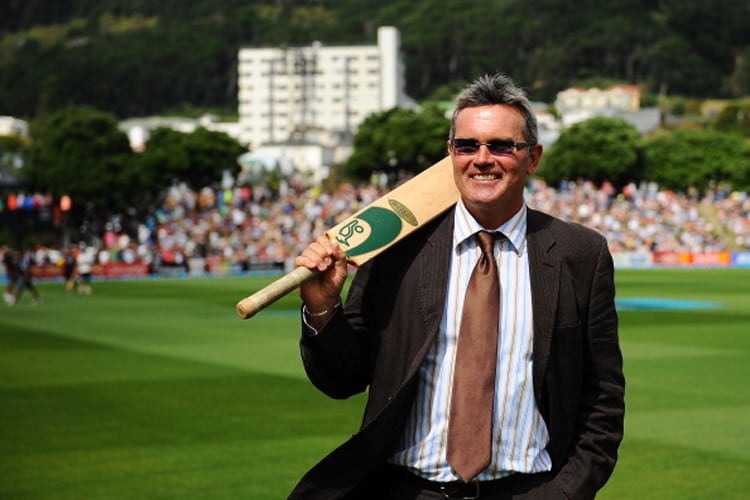 It was the big opening match of the 1992 World Cup between the two hosts Australia and New Zealand at Eden Park in Auckland. Martin Crowe won the toss and elected to bat first. The home team lost their openers – John Wright and Andrew Jones – early in the innings. Crowe joined Rod Latham at 13 for 2. The pair resurrected the innings adding 40 for the third-wicket before Latham exited.

Crowe and Ken Rutherford then put together a match-changing 118-run stand for the fourth-wicket till the latter was run-out by Mark Waugh for a brisk 57 off 71 deliveries. Meanwhile, New Zealand’s captain and one of their all-time greats was playing the role of the playmaker holding the innings together from one end. Crowe was a master of the one-day format – he was an excellent runner between the wickets, placed the balls in the gaps and also had the ability to hit a number of boundaries.

He defied a fine Australian pace attack led by Craig McDermott and Bruce Reid and went on to record a splendid hundred. Crowe remained unbeaten on 100 off 134 deliveries – his effort included 11 boundaries. New Zealand posted 248 for 6.

The great opening pair of David Boon and Geoff March gave Australia a fine start adding 62 for the first wicket. The ODI specialist Gavin Larsen gave the home team the first breakthrough getting rid of Marsh for 19. That opened the floodgates for New Zealand. Chris Cairns run-out the great Dean Jones and Australia from 92 for 1 lost a flurry of wickets and found themselves reeling at 125 for 5.

Meanwhile Boon remained defiant at one end and held the innings together much like Crowe did for New Zealand. He put together a potentially match-changing stand of 74 with Steve Waugh before the latter was dismissed by Larsen for 38 off 34 deliveries. Just a run after, Boon, who had also registered his hundred, was run-out by Chris Harris. Australia were bowled out for 211 in the 49th over.

New Zealand has caused a big upset. It was a splendid start to the World Cup.​

Crowe was one of the greatest batsmen in New Zealand’s cricket history and one of the finest in the world during his era. He had an average of 38.55 and strike rate of 72.63 in ODIs – which was top-notch for that period. He also scored more than 5000 runs for New Zealand in 77 Tests at an average of touch over 45 with 17 hundreds.

Syed Mushtaq Ali Trophy 2021: That We Produce Cricketers Who Play for India Shows How Well TN is Doing – Dinesh Karthik