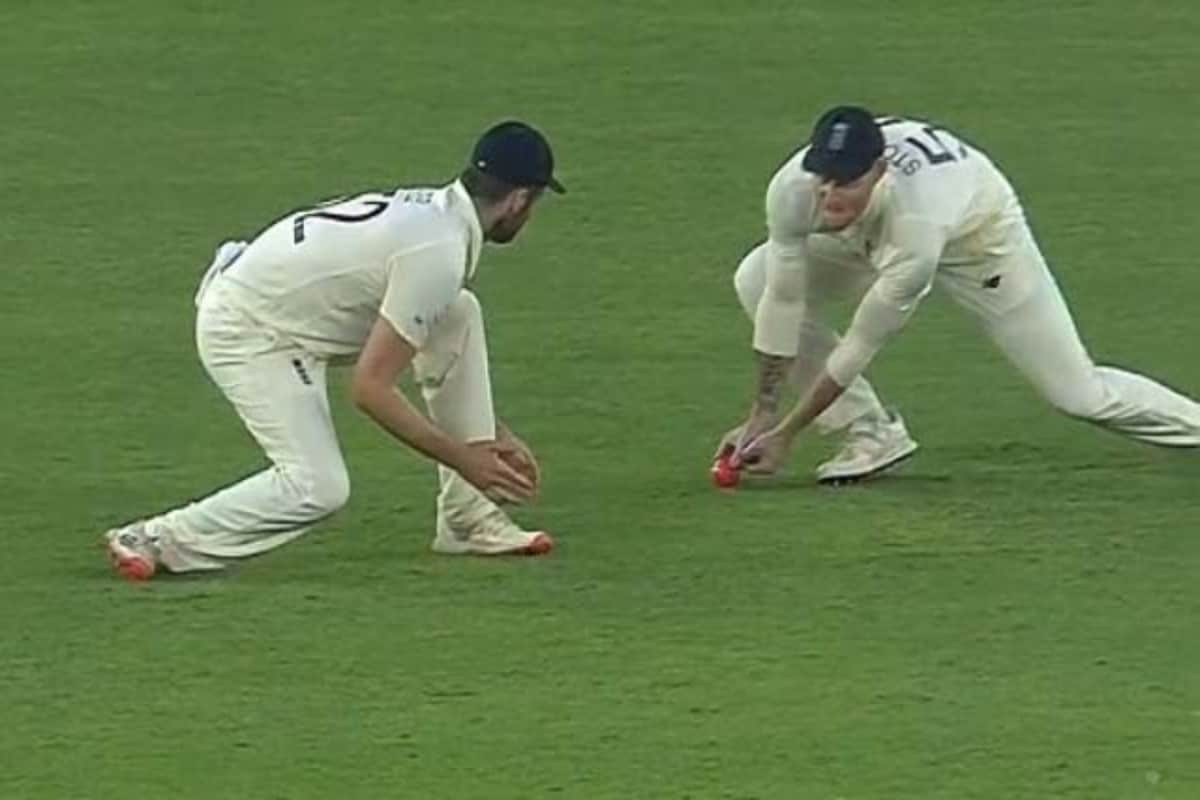 England all-rounder Ben Stokes was slammed by Team India fans and experts of the game alike after he claimed a catch of Indian opener Shubman Gill in the ongoing pink-ball Test match in Ahmedabad.Stokes courted fresh controversy after his appeal for a catch of Indian opener Gill was overturned by the third umpire in the ongoing third Test match at the newly renovated cricketing venue on Wednesday. Considered as one of the finest all-rounders across all formats of the game, Stokes made a strong appeal for a catch of opener Gill during India’s first innings in the ongoing pink-ball Test match.

Even though the on-field umpire’s soft decision was out, the match officials opted to refer the decision upstairs for the final verdict of the appeal made by the England team. The third umpire after reviewing the footage overturned the decision which gave Gill a lifeline.

However, the video replay clearly shows that the English all-rounder grassed the ball while taking Gill’s catch at second slip off Stuart Broad’s delivery. And following the third umpire’s final verdict, Stokes was slammed by Team India fans for claiming the catch was a clean one. Most of the fans poked fun at the visiting all-rounder, including Indian Premier League (IPL) franchise Mumbai Indians, former cricketer turned commentator Sanjay Manjrekar among others.

The IPL 2020 champions took to the microblogging site and shared a noteworthy tweet and wrote, “You cannot do that, Ben Stokes.”

‘You cannot do that, Ben Stokes!’

While, Manjrekar tweeted that the “TV umpire was a bit too quick”in his decision. But went to say that it was ‘right call’ as there was ‘enough evidence’ to overrule the on-field decision.

TV umpire was a bit too quick for my liking with that not out call considering that soft signal was out. But it was the right call. Enough evidence to over rule the on- field soft signal.

Another fan wrote that Stokes put up a ‘nice (over) acting’ act.

A fourth used a popular meme to express how ‘Ben Stokes’ and others reacted after they watched the ‘replay of the Catch’.

Ben Stokes after everyone saw the replay of the Catch #INDvsENG pic.twitter.com/Nl40ZivIj3

Meanwhile, the hosts spin duo of Axar Patel and Ravichandran Ashwin comfortably ripped through the English batting order, packing them up for just 112 runs in the first two sessions of the pink-ball Test. Pacer Ishant Sharma opened the wicket fall, Patel went on to bag six-wicket, while Ashwin bagged three which led to Joe Root’s men folding to a paltry total in the first innings.