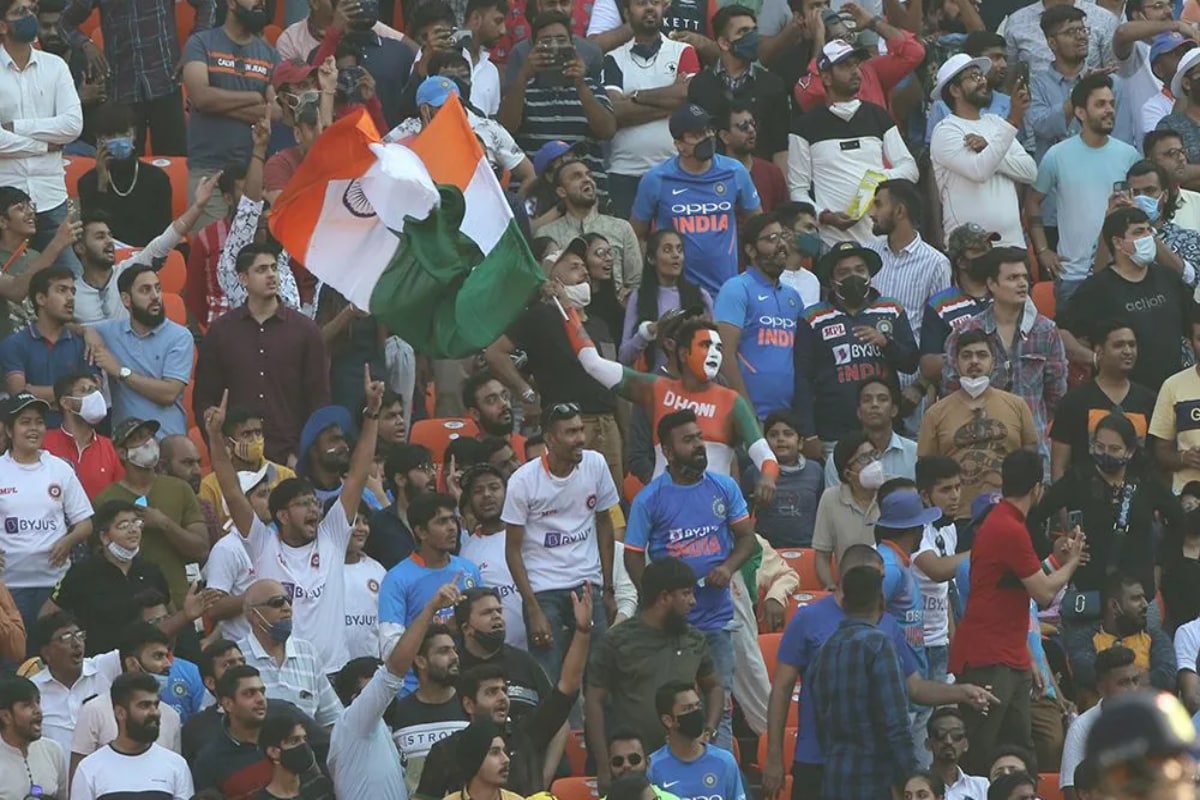 One ardent supporter of Virat Kohli managed to almost breach a bio-bubble as he ran midway into the pitch during the first day of the third Test match between India and England.Skipper Kohli was himself batting when he spotted the young man and manged to protect himself from coming in contact with him. The breach would have been a disaster in post-covid times but he was caught by the security officials.

Bio bubble almost breached as a fan runs out onto the field. Players react quickly enough and get out of the way. As he approaches Kohli the batsman vehemently waves him away, gesticulating with bat. #INDvENG Security gets hold of the young man as he runs back off.

India were off to a rollicking start in the third Test against England at the Narendra Modi Stadium on Wednesday. After the visitors opted to bat first, they were skittled out for only a 112. Axar Patel bagged his second fifer of career, and ended with figures of 6/38. Skipper Virat Kohli was visibly happy with how things panned for the home side on day one. In fact on one occasion, Kohli celebrated the fall of a wicket, just like former South Africa pacer Dale Steyn.

Meanwhile, Indian skipper Virat Kohli is worried that the lights at the Narendra Modi Stadium here could potentially impact visibility and said the players will need to adapt quickly. The refurbished stadium, the largest cricketing arena in the world, doesn’t have the traditional floodlight towers but a ring of LED lights around the perimeter of its roof.

It is similar to the ”ring of fire” at the Dubai International Stadium, which often poses a challenge to the fielding side. “It is such an exciting atmosphere here at the largest cricket stadium. I’m a bit more worried about the lights than the colour of the seats,” Kohli said at the toss ahead of the day/night Test against England.