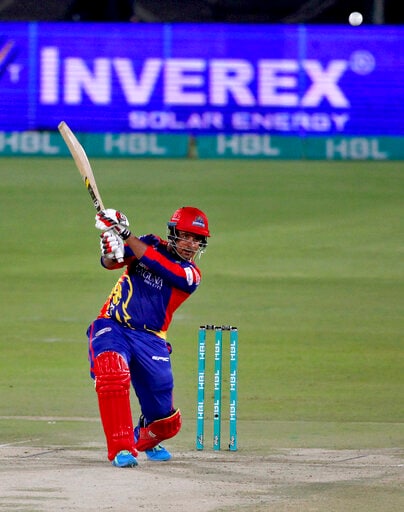 Afridi returned figures of 3-27, with his ferocious bowling reaching speeds of 94 mph (around 150 kph). That helped to restrict Karachi to 186-9 despite half centuries by Sharjeel Khan (64) and Afghanistans Mohammad Nabi (57).

Wieses blistering 31 not out off nine balls carried Lahore to 189-4 in 19.2 overs in reply as the tall South African clubbed two successive sixes against Australian fast bowler Daniel Christian to finish off the game.

Fakhar Zaman scored a brilliant 83 off 54 balls and Ben Dunk remained unbeaten on 57 after Lahore had slipped to 0-2 in the first over and then also lost key batsman Mohammad Hafeez for 15 inside the batting powerplay. Both left-handers shared a 119-run stand before Wiese’s late onslaught carried the team home.

It was the 11th straight successful chase in this seasons PSL with no team yet to defend the total after being put into bat by the opposition.

The win pushed Lahore to the top of the points table alongside Peshawar Zalmi with both teams having six points after four games.

When MS Dhoni Gave a Fitting Reply to a Troll, Said ‘It’s Okay to Not Like Someone’