India vs England: Only Blaming ‘Tricky’ Motera Pitch Would be Doing Ourselves Disservice – England Batting Coach 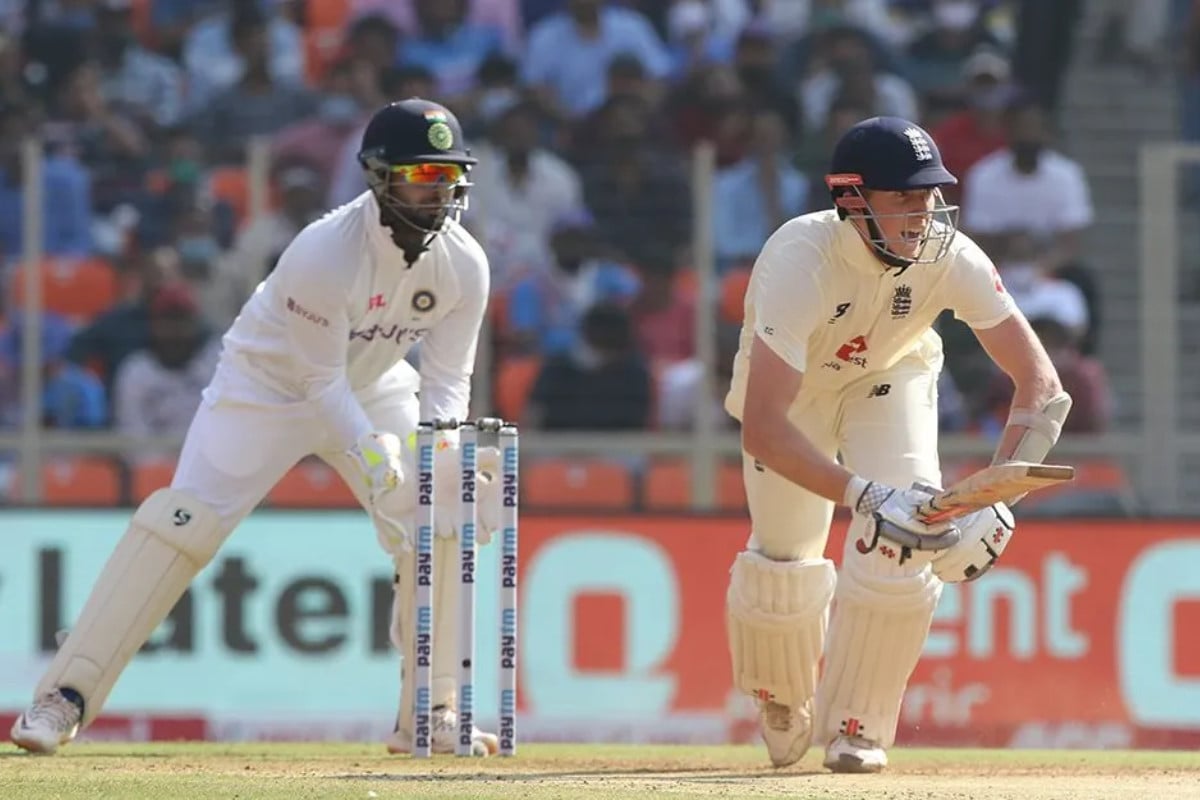 The Motera track was a “tricky one” but England’s batting coach Jonathan Trott feels that it would be a “disservice” to solely blame the 22-yard strip instead of focussing on the chinks in their armoury. The pitch of the Pink-ball Test here received a lot of flak from some quarters after England were bundled out for 112 and 81 in the two innings during their 10-wicket loss on Thursday. “I thought it was tricky at times for everybody to play on, obviously pretty dry and that’s what we have seen here in India. We had first use for it, so we would have like to score more runs and put India under bit of pressure,” he said in a virtual press conference.

“We saw when we bowled well, we could restrict them to.”

Trott didn’t want to get into the blame game and said things could have been different if England would have batted well in the first innings.

“I always like to see what we could have done better instead of blame things.

“So looking and blaming the pitch, I think, would be doing ourselves a disservice. Yes, the ball did spin and there were balls which skid on but it was same for both sides.”

Asked does it do Test cricket disservice to see a Test match end inside two days, Trott said: “Whether it finishes in two days or whatever, you always want to see good cricket and good battle between bat and ball and clearly bowlers had the upper hand in this Test series so let’s see what happens in last Test.

“I wouldn’t say it does disservice I would say different conditions, different countries all around the world, that’s make Test cricket so unique and that’s the way the game is played.”

Asked about the mood in the camp, he said: “It is disappointing with how the two Tests have gone for us. But you don’t become a bad side after just two Test matches, yes it hurts and we want to pull up our socks and do well for England. It makes you doubly determined to do well.”

At times desperation proves to be counter-productive, Trott said.

“It is important that one does not become too desperate. You feel for the lads, nobody sees them work harder than the coaches do. They are hurting in the dressing room.

“…We are disappointed with the way we played, but its done and the focus on the next match. I don’t think anyone is feeling sorry for themselves. Lot of guys want to do well, relishing the challenges of next week.”

Trott said England have to get used to the Pink ball as Day-Night cricket is here to stay.

“Pink ball swings lot more, it doesn’t change its colour, it does feel different. But Pink ball cricket is here to stay so it is important that guys get used to it.

“Some very good matches have been played around the world. It will be in the Ashes, I presume so, so guys have to be comfortable with it.”

Trott said his team has to match India in the skill set in the next match.

“After losing the first one, we thought we need to pull up our socks and unfortunately this one didn’t go our way as well. We have won 6 out of 8 Tests in sub-continent, so I don’t think it is time to get too down on ourselves,” he said.

“I think India played well, they bowled well with their two spinners. It is time for us to match them skill wise in whatever the surface is come next week.”

Trott said it was tricky for a top-order batsman to face spin first-up.

“I think starting against spin as a top order batsman can be tricky. Certainly in England, you play a lot of seam, so getting used to it, getting your head around that is key, India opened with spinners in the last Test and the previous one as well,” he said.

“So starting against spin is tricky, certainly with the new ball that is skidding and odd one turning. Getting used to the rhythm is key, the more you face, you get used to the pace of the pitch. You can adjust when it (ball) gets old.”

On This Day: Shikhar Dhawan Scores Fastest Test Hundred On Debut vs Australia in 2013