India vs England: ICC Represents Virat Kohli as Boxer Ahead of Fourth Test in Motera 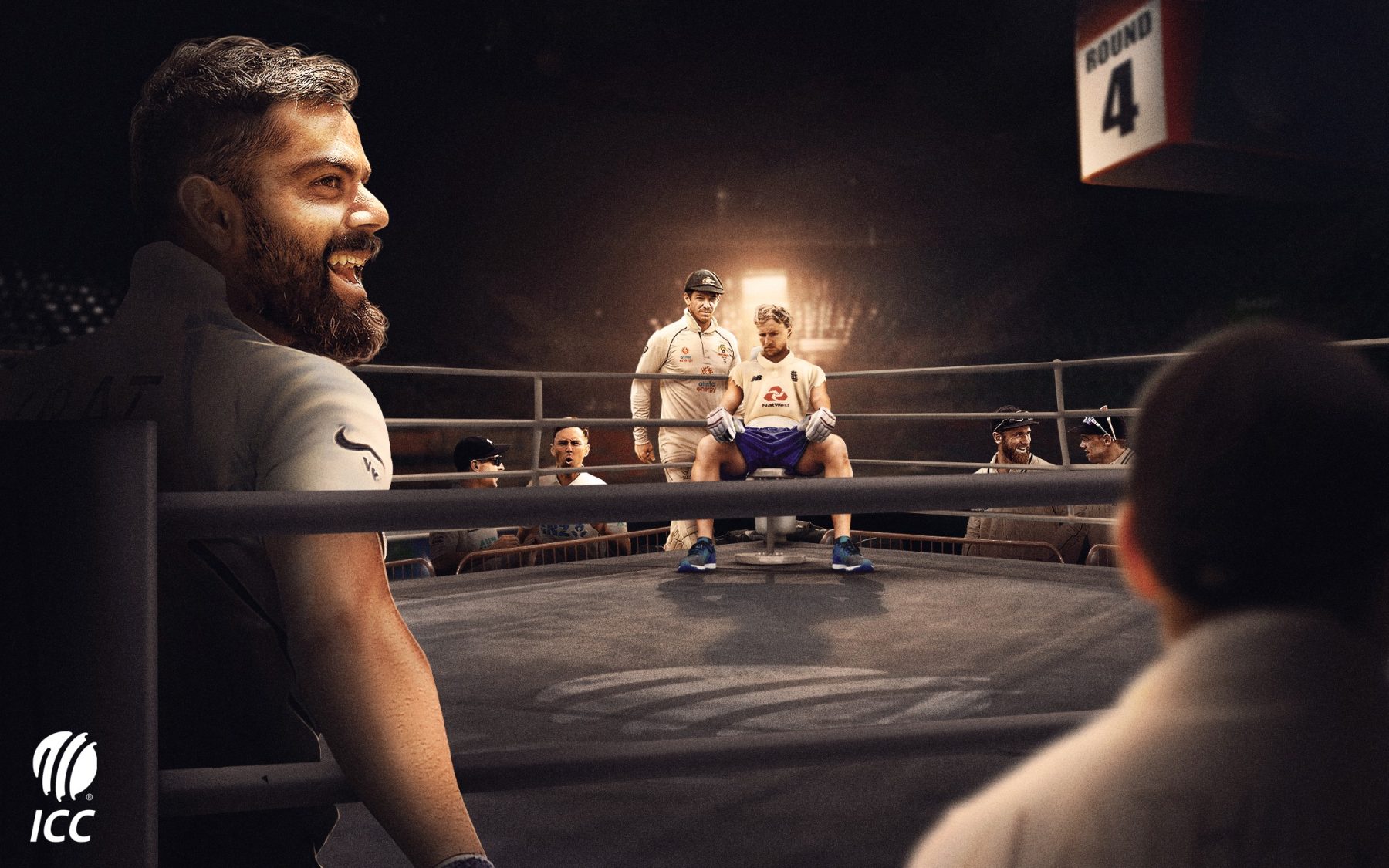 The fourth Test between India and England is certainly the most important fixture in all of cricketing world as of now. The result of this match could decide the fate of India or Australia, as to which team moves into the final of the World Test Championship final, to be played in June. New Zealand has already made it to the final.

ALSO READ – India vs England: Health Concerns for Visitors Ahead of Test, Some Players Could be Suffering from Diarrhoea

ICC, on the eve of the match came up with a hilarious artwork, where it showed both skippers, Virat Kohli and Joe Root as boxers. The picture also had Australia skipper Tim Paine and New Zealand’s Tom Latham and Kane Willamson.

Meanwhile, Changing weather in Ahmedabad has struck the English camp which has been hit by a sickness bug ahead of the fourth and final Test that begins at the Narendra Modi Stadium here from Thursday. A sudden rise in temperature here has affected the visitors with a few members, including assistant coach Paul Collingwood, reportedly suffering from diarrhea.

England captain Joe Root confirmed that a bug has hit the camp without confirming what it was or how many were affected. “There’s been a little bit of stuff flying around. We’ll keep monitoring it. To be honest, I don’t know exactly who’s been affected badly at this stage but it’s just really important we try and give everyone the best chance of being available for selection ahead of this game,” Root told British media.

India captain Virat Kohli, however, confirmed that India players are fit and fine with none of the players contracting any ailment. “There are no health concerns or health issues. Everyone is fit and fine. Probably, (England players) would have been caught by a change in weather. It has been pretty hot over the last couple of days. It was pretty pleasant the first few days. That obviously becomes a factor at this time of the year when the weather changes rapidly. It takes a bit of time to adapt,” said Kohli while speaking to the media on Wednesday.