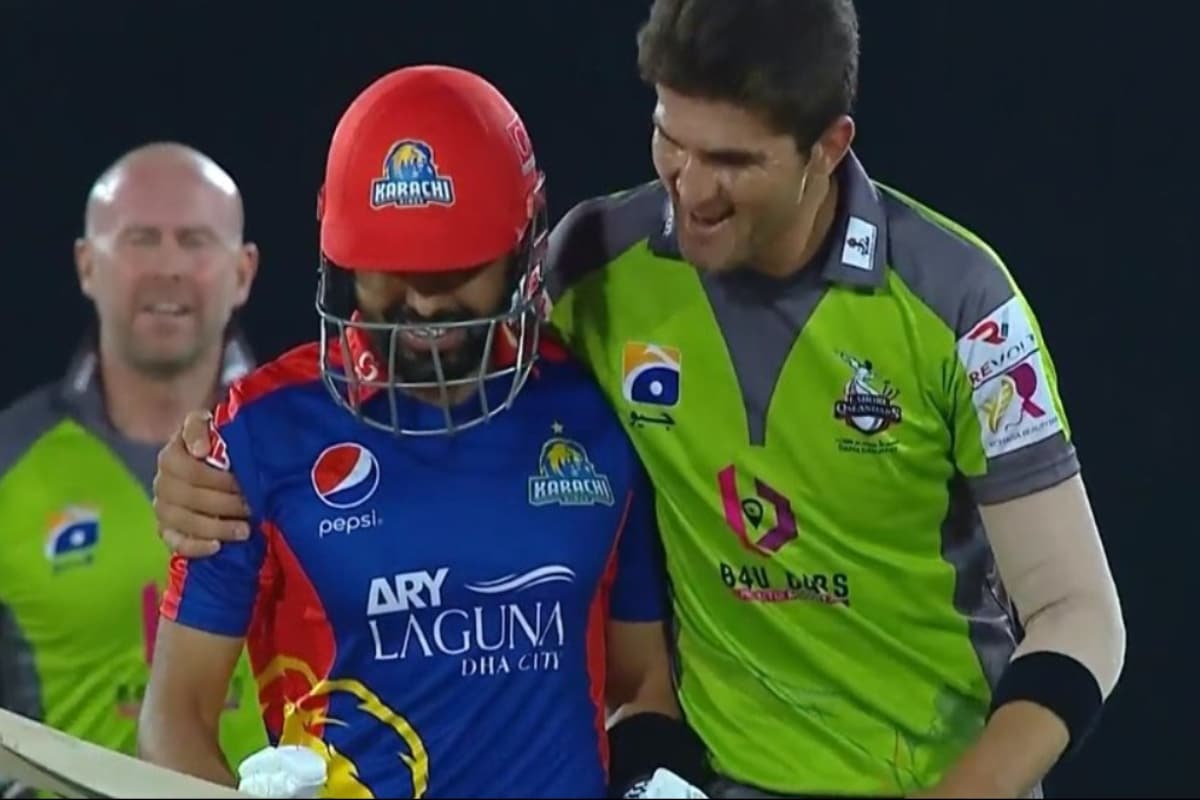 Pakistan pacer Shaheen Afridi scalped three major wickets for Lahore Qalandars in the recent Pakistan Super League (PSL) 2021 fixture, on February 28. The youngster’s magnificent outing helped his side in defeating Karachi Kings at the National Stadium on Sunday. The dismissal of international skipper Babar Azam was the highlight of Shaheen’s performance and is the talking point in the cricket fraternity around the world since. The Pakistan speed merchant has been earning plaudits for his devastating pace bowling spell on matchday 11 of the T20 tournament.

Azam,who could only get five runs off five before his dismissal, made a wrong judgement in the last delivery of the third over. He made an attempt to play an incoming delivery by Shaheen on the leg side but it wasn’t well-placed and as a result, the ball rattled the stumps.Elated Shaheen began to celebrate after claiming the crucial wicket. However, there was a surprising moment just before Azam started making his way to the pavilion. Shaheen went closer to his international captain, smiled and then put his arms around his shoulders.

Here is the video showing Shaheen cleaning up Azam in style:

Kid: I want to waste my time..what is the best option..

Qalandars won the toss and opted to field. Despite Sharjeel Khan and Afghanistan’s Mohammad Nabi fifties, Karachi Kings lost the game with a total of 187 runs on the scoreboard.

The fast bowler returned figures of 3-27. His ferocious pace spurred Qalandars to a six-wicket win over the defending champions. David Wiese’s late charge was a blistering 31 not out off nine deliveries. Fakhar Zaman slammed 83 runs off 54 deliveries and Ben Dunk scored a knock of 57 runs from 43 balls. With this, Lahore Qalandars claimed the second spot in the PSL 2021 table, with six points from four fixtures. Karachi Kings stand third, with four points from four matches.