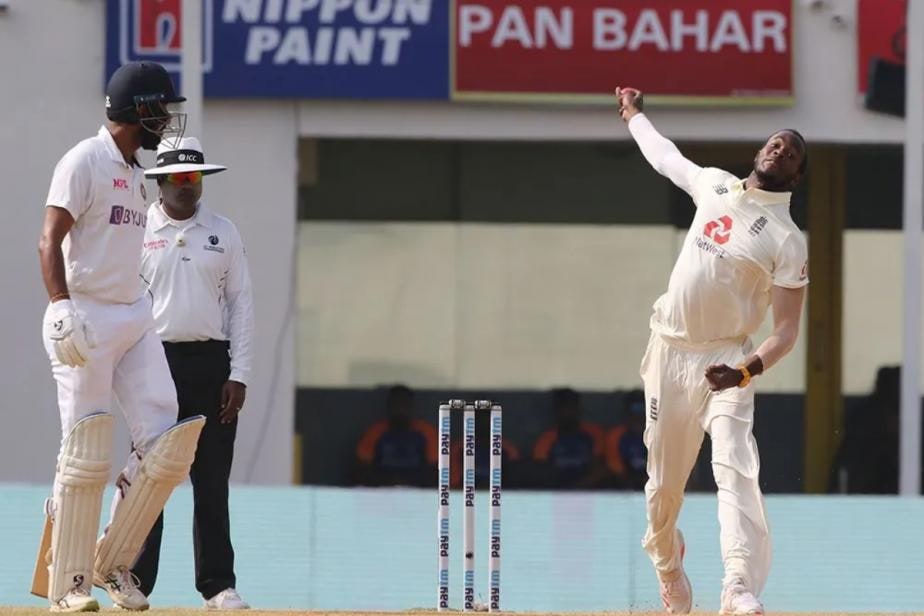 England took a gamble by playing the extra batsman in the XI for the fourth and final Test at Motera in Ahmedabad – a move which will backfire as they were bowled out for a paltry 205 on a good wicket and now have a bowler short when India comes out to resume their innings on Day 2 tomorrow.

The England and Wales Cricket Board (ECB) have revealed that their ace speed bowler Jofra Archer missed the final Test due to a persisting elbow injury which had also kept him out of the second Test in Chennai suggesting that had he been fit the visitors may have played with three quicks in the XI.

“Jofra Archer is not playing in this Test match due to his ongoing right elbow issue. The ECB medical team will provide an update in due course,” stated an update from the ECB.

ECB also added that Ben Stokes was included in the playing XI despite having an upset stomach. Stokes was England’s best batsman on the opening day in Ahmedabad scoring a well crafted 55. He faced 121 deliveries spending a decent length of time at the crease in hot and humid conditions in Ahmedabad. Stokes also bowled with the new ball for England.

The ECB added that the stomach bug would not keep the great England all-rounder off the field. “Ben Stokes has had an upset stomach, the same issue that has affected other members of the touring party. It is not expected to keep him off the field,” they added.

England trail 1-2 in the four-match series. A win will help them level the series which will be a massive achievement. India has not lost two Tests in a series in India since losing to England in Mumbai and Kolkata in 2012. The home team just need a draw to secure a place in the final of the World Test Championship alongside New Zealand at Lord’s in June this year.