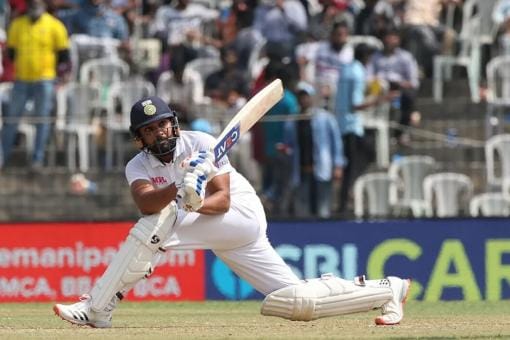 India vs England Live Score, Live Cricket Score, 4th Test at Motera Live Updates: Hello and welcome to day two of the final Test of the series between India and England. India is 181 behind England’s 205, and in a strong position at the moment. But as we have seen in the series, home batsmen haven’t been able to perform well, so it will be interesting to see, as to how much they end up scoring.

Day 1 Review: England wasted an opportunity on Day 1 of the fourth and final Test at Motera in Ahmedabad. After winning a crucial toss and electing to bat first, despite playing with an extra batsman, the visitors were bowled out for a below-par 205 in the 76th over. It was a combination of some excellent bowling from the Indians and some poor batting from the England batsmen on a wicket that was good to bat on and was not doing much for the bowlers on an opening day in Ahmedabad. Axar Patel gave India the early breakthrough when he saw the back of Dom Sibley in the sixth over – the opener left a huge gap between the bat and pad and the ball went through his defense hitting the stumps. Sibley has failed in his last 6 innings in India after the brilliant 87 in the first innings of the series opener in Chennai. The impressive Zak Crawley got a bit over ambitious and danced down the track to Patel in his very next over only to sky one to Mohammed Siraj at mid-off. Mohammed Siraj then got the biggest wicket of the day – of the English captain Joe Root nipping one back in trapping him leg before wicket after feeding him with a number of deliveries that shaped away in the previous over. It was a brilliant set-up by the young fast bowler. He was not done. Siraj ended a blossoming stand between Stokes and Jonny Bairstow with an effort delivery bowled at 10 kms per hour quicker which skidded off the surface, jagged back and trapped Bairstow plumb in front of the wickets. England were now reeling at 78 for 4.

Ben Stokes was looking good today and has his sights on a big one for England. He was mixing caution with aggression, defending well and taking some calculated risks to keep the scorecard ticking. In Ollie Pope he had found an able partner and the pair was just beginning to look comfortable at the crease when, against the run of play, Washington Sundar, slipped in the arm-ball to get Stokes leg before wicket for 55. England lost their fifth wicket with a score at 121. It was now time for the Axar Patel and R Ashwin show once again. The off spinner broke another budding partnership getting rid of Pope for 29. That opened the floodgates for India. England lost their last four wickets for 35 runs and were bowled out for a below-par 205. Axar Patel returned with 4 wickets while Ashwin bagged three.

It was a complete team effort in the bowling department for India today. Axar started with the early breakthroughs, Siraj and Sundar got the big three in the middle order and then the trusted pair of Axar and Ashwin returned to rout the lower-order and tail. While Stokes was England’s best batsman, Dan Lawrence also stood out for his intent and strokeplay. He was the second-highest scorer of the innings with 46 off 74 deliveries which included 8 boundaries. England just could not forge any significant partnerships – whenever there was a pair which looked set to stitch that match-changing stand, one of the Indian bowlers came in and broke the partnership. India lost their opener Shubman Gill for his fourth consecutive cheap dismissal in the series as he was trapped leg before wicket by Anderson. Rohit Sharma and Cheteshwar Pujara ensured that there was no further damage on the day as India went into stumps at 24 for 1. Day 1 belonged to India. England batted poorly yet again and wasted a great opportunity to post a big first innings total.