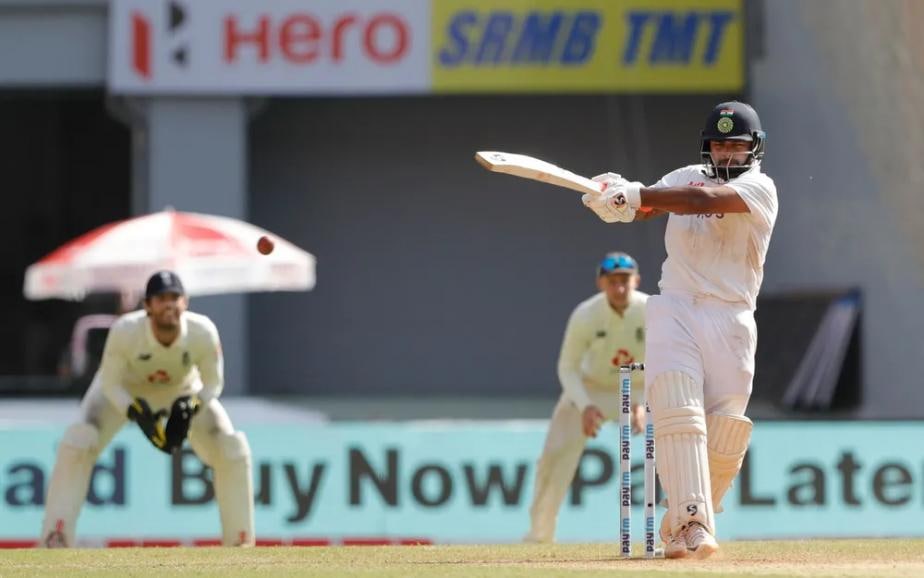 Rishabh Pant on Friday said he has got the license to go for his shots on most occasions but considering the game situation on Friday, he had to bide time before going for the most outlandish of strokes during his sensational innings.

Pant plundered 13 fours and two sixes in his breathtaking 101 off 118 balls, his third Test hundred, on day two of the final game against England. The reverse sweep off the great James Anderson was easily the most outrageous shot he played on the day.

When asked about that particular stroke after stumps, Pant said: “You have to premeditate reverse-flicks, but if luck is going your way you can take the odd chance.

“I get the license most of the time, but I have to assess the situation and take the game head on. I like to make the team win and if the crowd is entertained by that, I’m happy.”

Pant came in when India’s batsmen had been choked for runs on a difficult track. The 23-year-old displayed tremendous game sense to first bide his time before taking a worn out attack to the cleaners. He completed his hundred with an audacious six off Dom Bess.

The southpaw, who not so long ago was criticised for his reckless approach, said he needed to be cautious considering the match situation.

“If the bowlers are bowling well respect it and take the singles, and that was on my mind. I like to play the situation and I just see the ball and react – that’s the USP (unique selling point) of my game,” he said.

The 23-year-old anchored India’s innings, sharing 41 with opener Rohit Sharma (49 off 144 balls) first and then forging a 113-run partnership with Washington Sundar (60 not out).

“The plan was just to build a partnership when I joined Rohit, that was the only thing on my mind. I was thinking I would assess the pitch and then play my shots,” Pant said.

“The team plan was to get to 206, past the England total, and then get as many runs as possible after that as a batting unit.”

Last month, Pant had won the ICC Men’s Player of the Month honour for his performances in the two Tests against Australia where he scored a 97 at Sydney and an unbeaten 89 at Brisbane that led India to a historic series win against arch-rivals Australia.