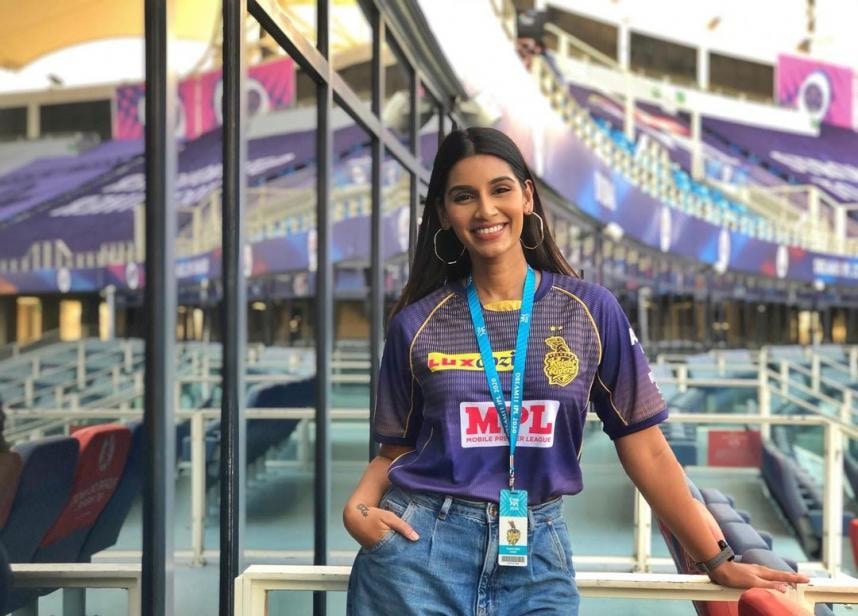 Mumbai Indians batsman Suryakumar Yadav’s old tweet to Sanjana Ganesan, who is rumoured to be getting married to Jasprit Bumrah this month, has resurfaced and been going viral on social media.

In a tweet on September 17, Sanjana had posted: “All smiles because it begins in TWO DAYS FROM NOWWW! #IPL2020”

Ever since Jasprit Bumrah opted to take time out of India’s busy cricket schedule post the pandemic break, there has been a never-ending spree of speculative news, some outright fake, some backed with unnamed, inside sources, but finally, there is something concrete coming out of the rumor mill and it is being widely reported that 2014 Miss India finalist and sports presenter Sanjana Ganesan might be marrying the Indian international in a private ceremony in Goa on March 14-15. Even though there is no official confirmation from either Ganesan or Bumrah, that has not stopped the fans from congratulating the duo.

But who is Sanjana Ganesan – the sports Presenter the Indian star is Rumoured To Be marrying? We give the lowdown:

Ganesan, 28, is a sports presenter and TV host and had primarily worked on Cricket with Star Sports for the IPL, hosting and presenting various shows. She has also worked with the Premier Badminton League as a presenter. She made her TV debut with the popular reality TV show MTV Splitsvilla 7, but had to quit the show owing to an injury. During her brief modeling career before becoming a sports presenter, Ganesan participated in the ‘2012 Femina Style Diva’ fashion show and in 2013 went on to participate in the Femina Miss India Pune’ competition becoming one of the finalists.

The same year, she entered and won the ‘Femina Officially Gorgeous Competition. Next year, she appeared in Spiltsvilla season 7 and two years later, joined Star as a sports presenter.

She was the co-host of Star Sports’ popular post-match show Match Point and Cheeky Singles was part of the channel’s 2019 World Cup coverage. She traveled to England bringing stories of fans supporting their respective teams. She also hosted the segment Dil Se India for the official broadcaster. She has also done shows for The Indian Super League and hosted 2018 IPL Auction. She has also presented exclusive shows for Kolkata Knight Riders named ‘The Knight Club’ where KKR fans get the opportunity to interact and talk about the team. Owner Shah Rukh Khan has also made guest appearances on the show.