India vs England: Unimpressed With Varun Chakravarthy’s Fitness, Virat Kohli Says ‘We Should Operate at Very High Levels of Fitness’ 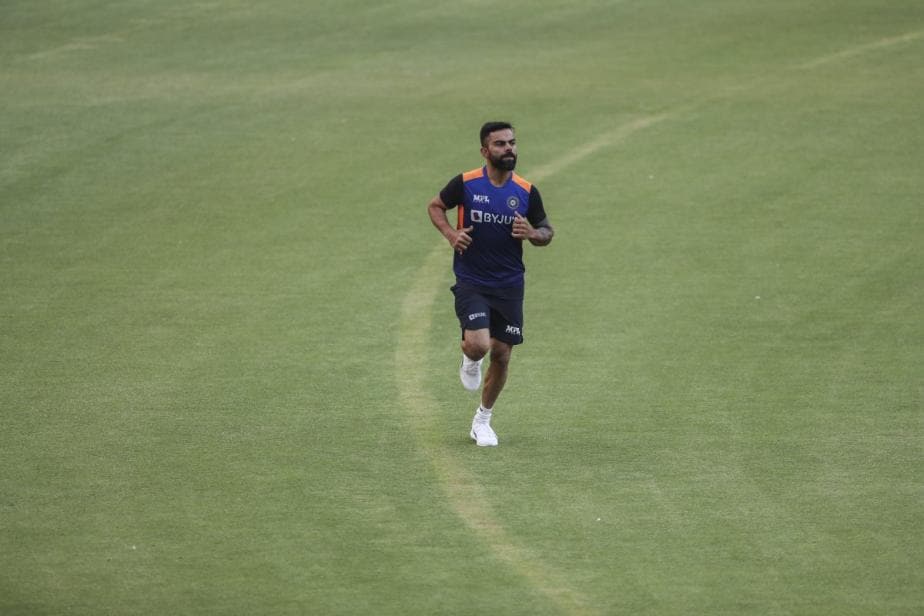 Spinner Varun Charavarthy, who was first selected for the Australia T20I series, missed out due to lack of fitness, and now the same problem in the England series has sidelined him. After the shoulder injury that kept him out of the series Down Under, the latter took a fitness Test at the NCA, but failed to clear it.

“Varun Chakravarthy was selected because he recovered from his shoulder injury that ruled him out of the Australia series. He did his rehab at the NCA and started throwing normally.

“However, he has failed to clear the YoYo test mark stipulated for a 2km run at least twice,” a senior BCCI source told PTI on conditions of anonymity.

Indian skipper Virat Kohli also spoke about the issue, and said that indiduals need to maintain certain levels of fitness. “Look individuals need to understand the systems that have been created for the Indian cricket team,” Kohli was very clear on where he stood on the issue.

“We should operate at the very high levels of fitness and skills and that’s why this (India team) is top of the ladder when playing cricket, in our country.

“We would expect players to abide by what’s required to be a part of Team India. There shouldn’t be space for any compromise, in that regard.”

Meanwhile, Virat Kohli expects his team to play much more freely in the five-match T20 series against England as the infusion of fresh blood has provided much-needed “x-factor and depth” to the batting unit, which it lacked in the past. The selectors have picked IPL performers like Suryakumar Yadav, Ishan Kishan and Rahul Tewatia for the England series while the in-form Rishabh Pant has made a comeback.

With the IPL yet to be played, Kohli feels another fresh face or two may sneak into the squad ahead of the T20 World Cup at home in October but finds the current side full of balance and options.

“We have have played with a certain kind of pattern in the past. We did not have a big tournament to work towards in the past. If you look the squad, the additions we have made we have have tried to address a few things we needed in specific,” Kohli said on the eve of the game referring to the likes of Suryakumar and Kishan.