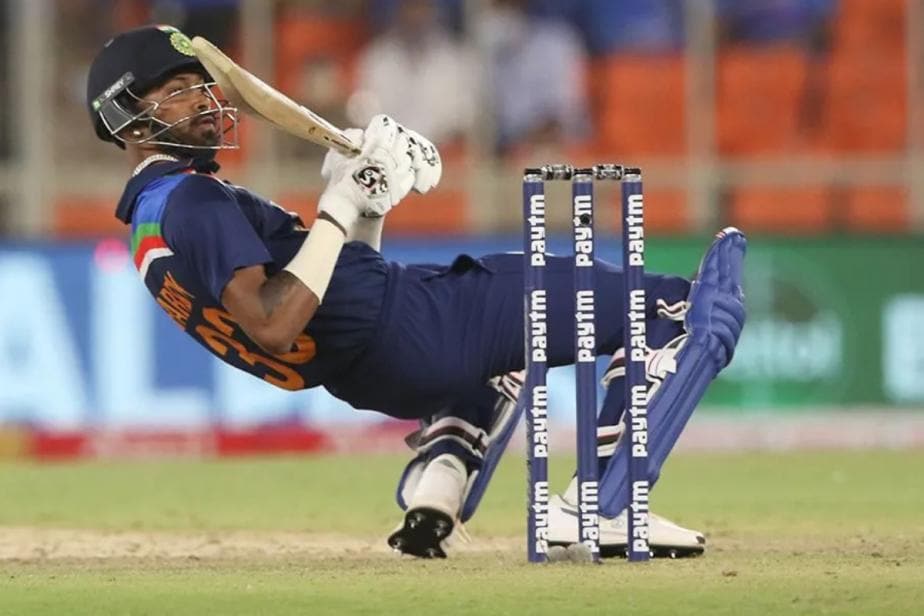 The International Cricket Council (ICC) has urged all cricket fanatics to find a suitable name for India all-rounder Hardik Pandya’s unanticipated shot during the India vs England first T20I in Ahmedabad. Much like fans and spectators, ICC was left stunned by Pandya’s unorthodox stroke and invited fans on the micro-blogging site to name his shot.

It was the 15th over in India’s innings when Pandya, along with Shreyas Iyer, was looking to take India above 150. The opposition’s star bowler, Ben Stokes conceded a six in the last delivery. He pitched it short to Pandya who briefly took his eyes off the ball. Nonetheless, the Gujarat-born kept his eyes glued on his bat hanging at the right position. Guiding the ball to the boundary, the shot went over the keeper’s head for a four. Pandya’s no-look ramp shot off Stokes saw several tongues hanging in disbelief. Pandya was eventually dismissed for 19 off Chris Jordan’s delivery.

Team India had a forgettable evening on Friday, March 12, delivering an overall disappointing batting performance. In the series opener of the five-match T20I series, Virat Kohli & Co. endured a humiliating 8-wicket defeat served by the Eoin Morgan-led side in Ahmedabad.

England won the toss and opted to field first. England’s pacers including Jofra Archer, Mark Wood, and Chris Jordan didn’t give enough space to the hosts. BarringIyer (67), India’s innings failed to get any momentum. There was no dearth of individual brilliance on the field by the Indian batsmen. Rishabh Pant stunned yet again with his reverse flick off Jofra Archer for a six in the 4th over. India struggled throughout the innings.

Shikhar Dhawan, who was feeling the heat as he got a chance with Rohit Sharma rested,attempted to break the chains with a flashy shot off Wood but missed the line completely. Next, India will square off against England at the same venue on March 14.