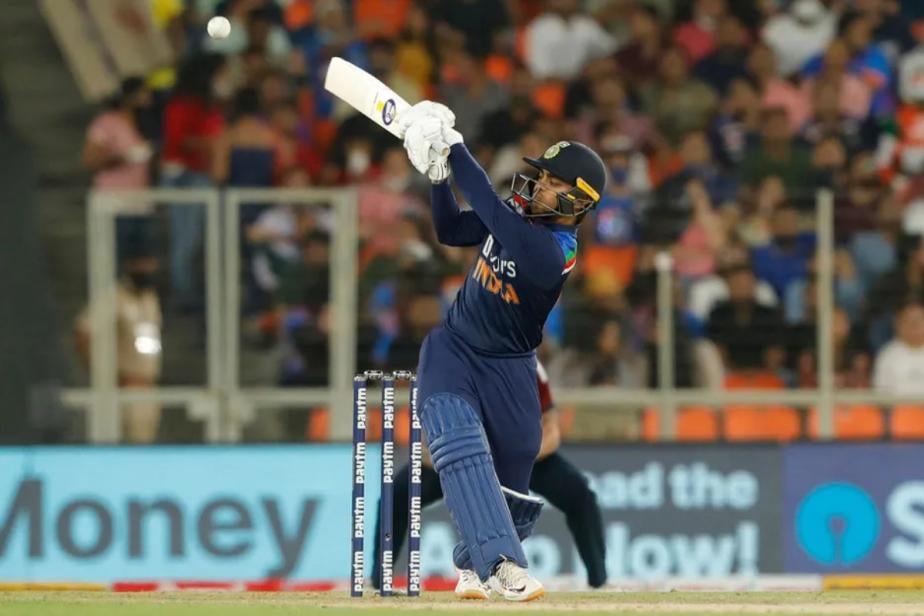 Dinesh Karthik has joined a host of cricket fans and critics to heap praises on wicketkeeper-batsman Ishan Kishan, who scored an impressive half-century in his maiden outing for India during the second T20I against England. Ishan was included in the squad after the hosts lost the first fixture of the ongoing T20I series in Ahmedabad. To bring in the pocket dynamite, the swashbuckling batsman Shikhar Dhawan was rested. The 22-year-old did not disappoint and had a dream debut, putting up a 94-run partnership with skipper Virat Kohli to level the series 1-1.

Speaking about Ishan’s exhilarating knock of 32-balls-56, Karthik opined that the youngster’s confidence in his ability sets him apart. During a chat with Sky Sports, the wicketkeeper-batsmanentioned that he was left impressed by few of the shots played by the southpaw. He added that Ishan knows that he can hit the big maximums, regardless of what kind of ball he is being bowled. Reminiscing how the Jharkhand player put pressure on England’s pacer Jofra Archer, Karthik said that it is a good sign.

“The way he started, the confidence, the poise. You want somebody like that at the top of the order who can put pressure on the bowlers,” reckoned Karthik.

The 35-year-old Indian keeper-batsman pointed out that Ishan is a perfect foil for someone like Kohli. He further went on to laud the bowling effort from India. Noting the way the bowlers used the slower balls to good effect and delivered just cutters towards the end, Karthikquipped that off-spinner Washington Sundar was the fastest bowler. He concluded saying that the game plans were good and the wicket helped the hosts in abundance.

Ishan was adjudged Man Of The Match on Sunday. Indian bowlers were able to restrict England to 165. India will next square off against the visitors in the third T20I in Ahmedabad on Tuesday.