On This Day: Shikhar Dhawan Scores Fastest Test Hundred On Debut vs Australia in 2013 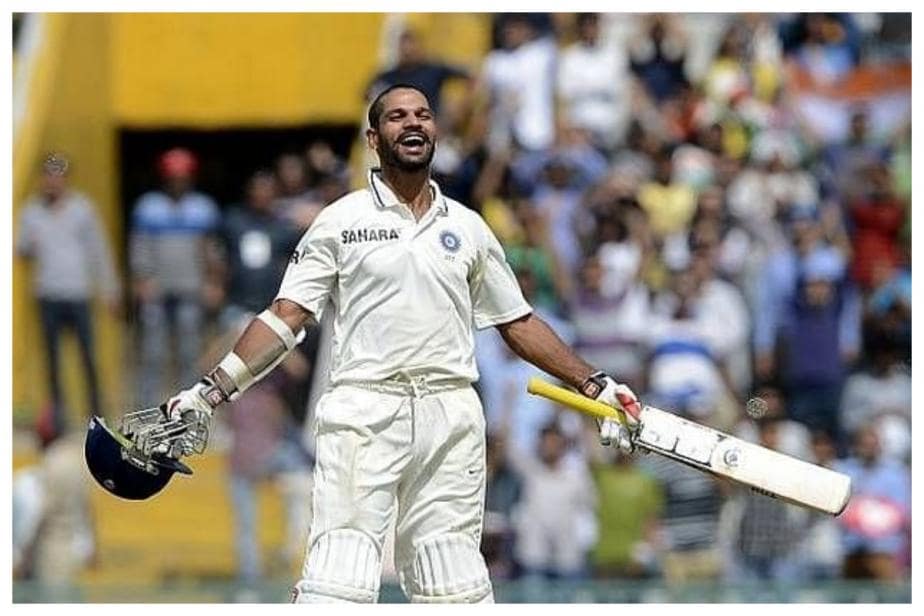 Back on March 18, 2013, Delhi opener Shikhar Dhawan finally got his chance to stride out for India and he made this opportunity count. He entered history books by smashing the fastest century on Test debut.

India were taking on Australia in Mohali where the 27-year-old became the 13th Indian cricketer to slam a century on debut when he smacked 104 not out off just 85 balls against the Aussies in the third Test.

Australia batted first and scored 408 runs in the first innings. Dhawan, who was replacing Sehwag in the playing XI, ended the day unbeaten on 185 from 168 balls. His ton overtook the 93-ball mark set by the West Indies’ Dwayne Smith against South Africa in 2004. It was also the highest ever score by an Indian debutant as he went past Gundappa Viswanath’s 137 scored back in 1969.

However, after sussing the conditions, Dhawan smacked two boundaries off Henriques’ third over and then went on to hit a couple more in his next over. And this is when he really broke free as he raced past 50 at better than a run a ball with three more boundaries off Xavier Doherty and Nathan Lyon.

Such was his dominance that Dhawan zipped past his hundred in just one session. His knock was studded with 21 boundaries as the Australian bowlers had absolutely no response to this onslaught.

Vijay and Dhawan together made 200 runs for the first wicket and this landmark was reached when Dhawan smacked three boundaries in one Starc over and then repeated the dose on Nathan Lyon to reach 150 runs in 131 balls.

“That was one of the best innings and I played a knock of 187 in my debut Test, scoring against Australia is always a big thing coming from an Asian team, it always carries a lot of weightage. I enjoyed playing their fast bowlers and I enjoyed playing in Mohali. I was timing the ball so nicely, there was a rhythm to my innings, I did not know that I created a record for scoring the fastest century in the debut match.” Dhawan told Angelo Mathews years later as he was quoted by Times of India.

Virat Kohli is Very Down to Earth, Only Charged Up While Batting and Fielding: Former Selector