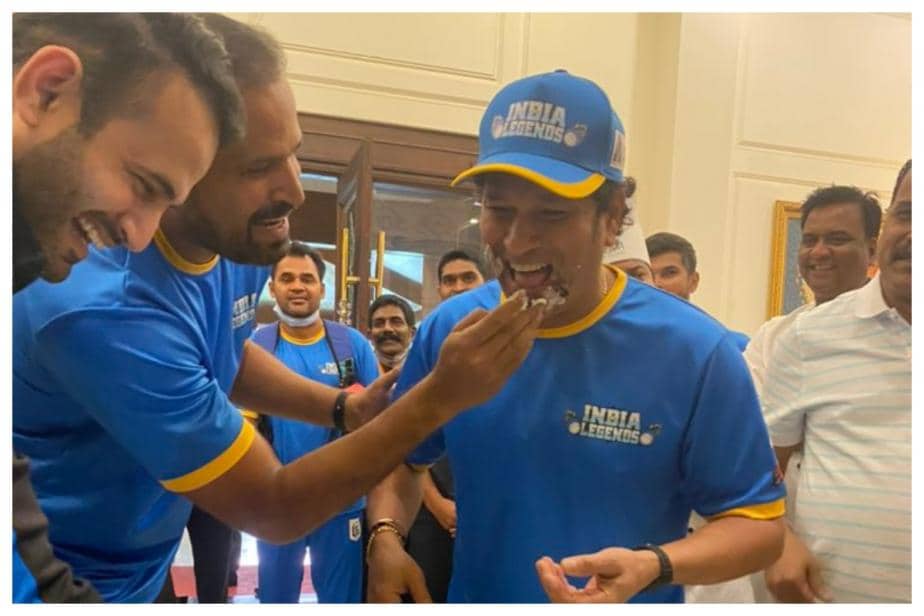 Nine years ago on March 16, 2012, Sachin Tendulkar scripted history by becoming the first cricketer ever to score 100 international centuries — a feat that has remained unmatched and looks to be so at least for the foreseeable future. Tendulkar slammed a century against Bangladesh to reach the milestone in Dhaka.

On the day, India lost by five wickets but Tendulkar’s 114 off 147 balls made the day memorable and it is still cherished to the date as one of the sport’s greatest moments. On the occasion of its 9-year anniversary, Tendulkar’s former teammates Yuvraj Singh, Mohammad Kaif, Irfan Pathan and R Vinay Kumar took to social media to celebrate the Master Blaster and shared their memories.

Yuvraj shared a video from the India Legends dressing room where they are all together for the Road Safety World Series and captioned it,”Before practice and after!! What a iconic day it was in the history of cricket when the master blaster scored his 100th. This legacy will go on forever. @sachintendulkar some dressing room fun! Cake katega to sabke lagega.”

The video shows Tendulkar cutting the cake and then others smearing it on to him and having a good time. Irfan also shared his memories of the knock with a picture of him feeding Tendulkar the cake.”I had the best seat in the house when @sachin_rtpaaji scored 100th International 100 and today as well,” Pathan tweeted. R Vinay Kumar, much like Irfanm shared photos of the cake and him feeding Tendulkar some with the caption: “The date is same, year is different but, the celebration will never change.”

The players were all seen having a great time together as they prepare for the Road Safety World Series semi-final against the West Indies Legends on March 17 at the Shaheed Veer Narayan Singh International Stadium in Raipur.