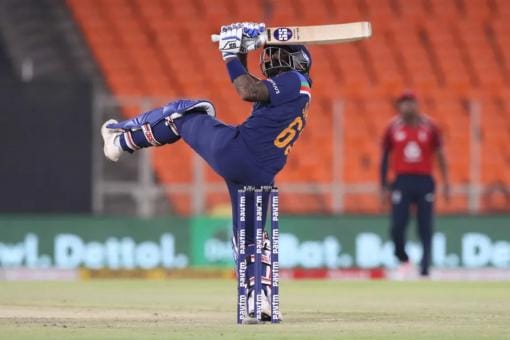 India find themselves chasing England for the second time in the series and have a few issues to resolve if they are to draw level and go into the decider on Saturday. The much sought after top-order has not fired collectively in the three matches and India’s ace spinner has let them down in every match. If India do not get their act together on Thursday then it would mean a first bilateral series loss for them in eight series – something which will not look good on Virat Kohli’s impressive CV given that England are the main challengers to India for the prestigious World T20 title in the very same conditions in October.

Another factor which could potentially decide the match even before a ball has been delivered is the toss. In all the three matches in the series thus far, the captain winning the toss has elected to chase and gone on to win the match – that too, rather emphatically. Batting second, knowing the target with a shorter boundary on one side and then strategising the chase is a clear advantage than setting a target in these conditions and in this series. Going by the pattern in the series it is Kohli’s toss to win.

India need a solid start at the top of the order. 2, 0 and 7 – these have been the opening-wicket stands for India in the series. The form of KL Rahul is a big concern – he has registered three ducks in the last four matches. While Virat Kohli has produced two sublime fifties in the last two matches, the home team need others in the top order to fire. Rohit Sharma is due a big one and so is Rishabh Pant. India may just fall back on a more stable start rather than going helter-skelter which is part of their new all-out strategy.

It would be interesting to see whether India brings back Suryakumar Yadav in which case it would be at the cost of Shreyas Iyer. Kohli and batting coach Vikram Rathour have already made it clear that Rahul is one of the team’s prime batsmen and will be backed to open the innings despite his poor run of late. If India do play Yadav it has to be at number 4. He is wasted down the order. This would mean that Pant goes down to number 6.

The bowling unit may need a couple of changes. Yuzvendra Chahal is bleeding runs and is the most expensive bowler of the series. He is being tonked for a number of boundaries and that is a cause of major concern for Kohli – Chahal has been India’s go-to bowler in the middle overs controlling the flow of the match during that phase of play. Will India rest Chahar from the crucial fourth T20I and get in a more accurate and restrictive Axar Patel? It may not be such a bad ploy.

Deepak Chahar is yet to get a look in in the series and may be brought in replacing Shardul Thakur who was taken for a few in the third match in Ahmedabad.

England have most of their bases covered. Three of their top 4 – the three J’s – Jos Buttler, Jason Roy and Jonny Bairstow look in terrific destructive form. Even if two of them fire that is good enough to annihilate any opposition attack. Dawid Malan has got starts in all the three matches but still not been at his usual fluent best. He is due a big score in the series.

Eoin Morgan and Ben Stokes have not had too much batting to do in the series but will need to step on the accelerator should the need arise in the remaining two matches. The England captain would know the significance of winning a T20 series in India in a year the World T20 is being hosted by the same country.

The bowling looks more or less sorted. The return of express-paced Mark Wood had an immediate and big impact in the third game as the England speedster gave his team two huge breakthroughs in the powerplay – he dismissed both the openers – Rahul and Rohit Sharma with the new ball. Chris Jordan has been a little expensive in the last two matches but his death bowling pedigree would not have lost its value on Morgan. However, if the wicket assists spin, drafting in Moeen Ali for the fast bowling all-rounder might be a better option.

Will India finally give a chance to Suryakumar Yadav in place of Shreyas Iyer or even Ishan Kishan? Chahal could be given a breather and the more restrictive Axar Patel could find a place in the XI. It would also not be a bad option to try Deepak Chahar in place of Thakur

England are likely to bring in Moeen Ali most likely for Chris Jordan.

England lead the head to head 3-2 in the last five matches.

To watch out for:

Rishabh Pant has shown glimpses of his destructive capabilities in the three matches but is still due for a big score. He thrives on pressure situations and with India 1-2 down it might just inspire a Pant Special on Thursday!

India: You don’t want to play knocks which don’t help the team in any way. It was a bit difficult to bat against the new ball. It was a bit tacky and the bowlers were getting a bit of assistance. Their pacers were hitting good areas: Virat Kohli after India’s loss in the third T20I

England: First half of our bowling was exceptional. When you look at the lines and lengths that we bowled, the plans that we had and taking early wickets as well it makes a huge difference in the game: England captain Eoin Morgan after taking a 2-1 lead in the series​

One Year Later, NASCAR Reflects On A COVID-changed Sport