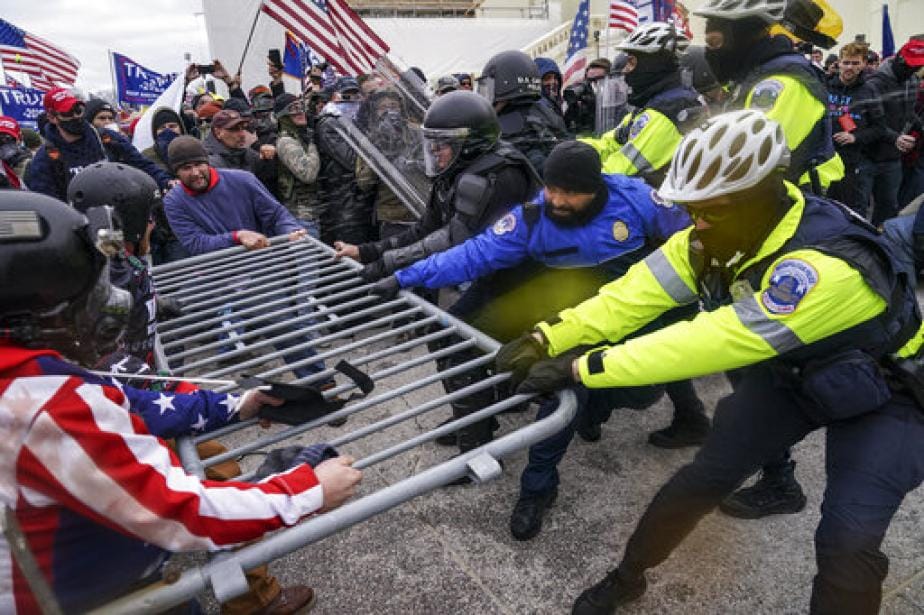 WASHINGTON: The U.S. military is focusing on identifying extremist organizations in the United States that are trying to recruit members from within the armed forces. A top official compared the recruitment effort to that undertaken by international terrorist groups trying to lure the support of servicemembers.

Senior Enlisted Advisor to the Chairman Ramn Coln-Lpez said Thursday that the Defense Department is talking with federal law enforcement agencies as they develop databases on domestic extremists groups, in the wake of the Jan. 6 riot at the U.S. Capitol. Military leaders are intent on developing training for troops that makes clear they should not get involved with such groups.

We do know that our force is being made aware of those organizations that are out there that are actively recruiting people, said Coln-Lpez. And we need to make sure that they stand clear from them. Its not good for the department and its not good for the image of the military.

The military has long been aware of small numbers of white supremacists and other extremists in its ranks. But Pentagon leaders launched an all-out effort to root out extremism in the force after it became clear that a significant number of military veterans and some current military members were present at the January insurrection in Washington, D.C.

More than 300 people have been charged so far in the riot that resulted in the deaths of five people, and at least 100 more are expected to be charged. Of those, as many as 33 individuals had military backgrounds, including 31 veterans and a member of the National Guard and a member of the Army Reserves, according to the Program on Extremism, which is based at George Washington University.

Speaking to a small number of reporters at the Pentagon, Coln-Lpez said he is not aware of any specific coordination that has started between the Defense Department and law enforcement. But, he added, theres communication going back and forth, especially in light of 6 January, about who do we need to pay attention to and so on.

He said the Pentagon has to take the threat seriously, noting that the Islamic State and other terror groups in the Middle East used social media to recruit followers. We’ve seen this movie play before, he said. They were geniuses about making sure that they target certain populations to go ahead and get that membership.

A recent Pentagon report noted that members of the military are highly prized by these groups as they bring legitimacy to their causes and enhance their ability to carry out attacks.

In early February, Defense Secretary Lloyd Austin directed commanders and supervisors at every level of the military to conduct a one-day stand down a pause in normal business by early April to discuss extremism in the ranks.

As the discussions have gone on, Coln-Lpez said troops have expressed confusion about various groups and questioned why those involved at the Capitol are different than those involved in the racial protests in Seattle, for example, in the wake of the death of George Floyd. He said young troops particularly question, why is it that youre looking at this group but youre not looking at this group?

His response, he said, is that it’s not about a particular group, it’s about the behavior.

The answer for us is pretty simple, regardless whether theyre far right or left, if its an organization that is actually imposing harm, threat, destruction, criminal activity and so on, then we dont condone that kind of behavior, said Coln-Lpez.

He said one goal of the stand-down is to make sure service members know that their military oath requires that they remain apolitical and be good stewards of society. And, as time goes on, he said that with more education, service members will identify and report extremist activities and comments more frequently.