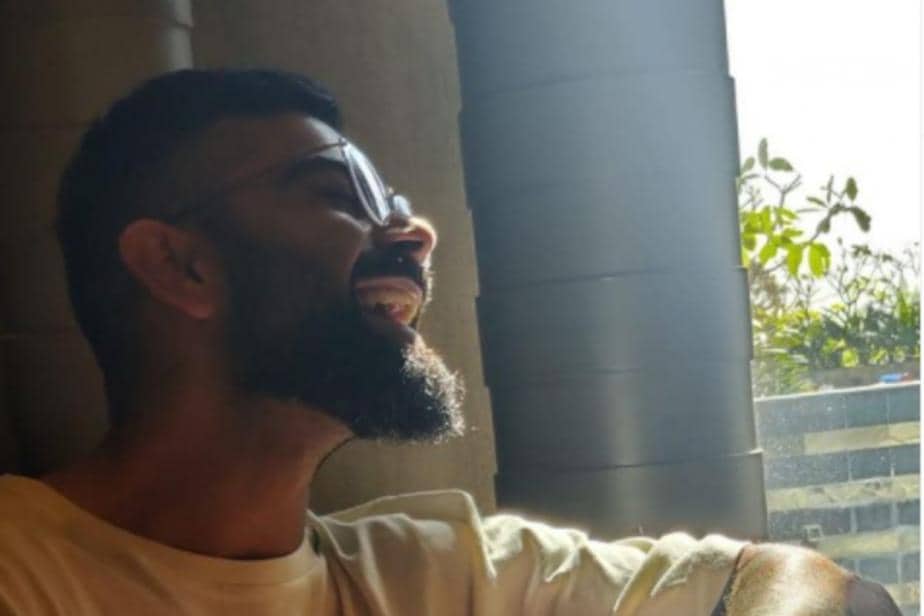 Virat Kohli, on Friday, took to his official social media handle to share a happy picture of himself. The Indian skipper posted a sun-kissed photo which he captioned as “fake candid shot”. The 32-year-old soaks up the sun in the bright picture. Dressed in a white t-shirt and a pair of glasses, Kohli is seen having a hearty laugh.

Kohli is currently leading Team India in Ahmedabad where the ongoing five-match Twenty20 International series is underway against England. Kohli regained his form back in the last two fixtures, scoring consecutive half-centuries against the world’s number 1 side in the shortest format of the game. Kohli reached the fifth spot in the batsmen ICC T20I rankings and also became the first batsman to score 3,000 runs in Twenty-20 Internationals. So far, Kohli is theleading run-scorer of this tournament, with 151 runs in the four matches.

For the upcoming three-match ODI series, the Board of Control for Cricket in India (BCCI) announced three fresh faces — Suryakumar Yadav, Krunal Pandya and Prasidh Krishna for the squad. The ODI series will start from March 23 in Pune.

Earlier this month, Kohli’s Instagram following reached 100 million. He is India’s most followed cricketer on Instagram currently and the fourth most followed sportsperson around the world.

During the fourth T20I on Thursday, Kohli hurt himself while fielding during the 15th over. It happened during England’s chase when Kohli ran from deep midwicket and threw off-balance in to stop a second run. He watched the rest of the game from the dugout and was seen limping during the final stages of the match. Rohit Sharma took over the reins in the captain’s absence as the hosts closed the game to level the series 2-2. The final clash will take place on Saturday.