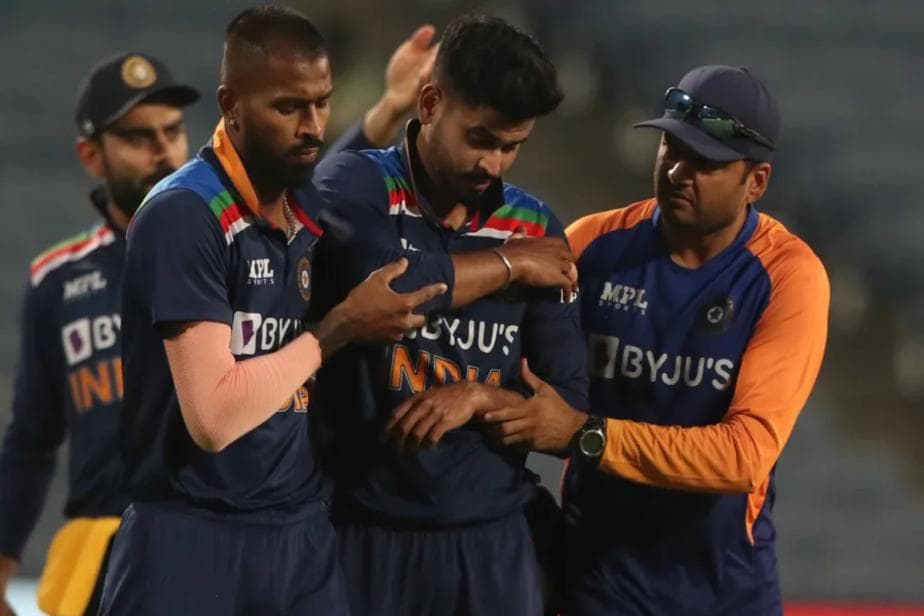 India’s Rohit Sharma and Shreyas Iyer will no longer take any further part in the 1st ODI against England. While Rohit was hit on his elbow while batting, Iyer hurt his left shoulder while fielding earlier in the evening. Will these players available for the next couple of games, we still don’t have a confirmation.

“Shreyas Iyer subluxated his left shoulder in the 8th over while fielding. He has been taken for further scans and won’t take any further part in the game.Rohit Sharma was hit on the right elbow while batting and felt some pain later. He won’t take the field,” a BCCI release said.

Meanwhile powered by debutant Krunal Pandyas 26-ball fifty, the quickest half-century in an ODI by a debutant, and his unbeaten 112-run stand with K.L. Rahul (62 not out, 4×4, 6×4) for the sixth wicket, India ended their innings at 317 for five in 50 overs in the first ODI at the Maharashtra Cricket Association Stadium here on Tuesday.

England, who won the toss and elected to field, bowled tight but failed to get an early breakthrough as Dhawan and Rohit Sharma (28 off 42 balls) added 64 runs in 15 overs. After Sharma’s dismissal, Kohli joined hands with Dhawan to put India in a commanding position.

However, Kohli’s dismissal at the start of the 33rd over put the skids on the Indian innings, as they lost three more wickets in quick succession to slip to 205 for 5 in the 41st over.

Things looked down and out but Krunal turned it around along with Rahul.

With the two at crease, India reached 250 at the end of the 45th over and then got 67 more in the last five overs to finish the innings with a flourish.

India vs England: For First Time in My Career, I Feel Ready for International Cricket-Liam Livingstone