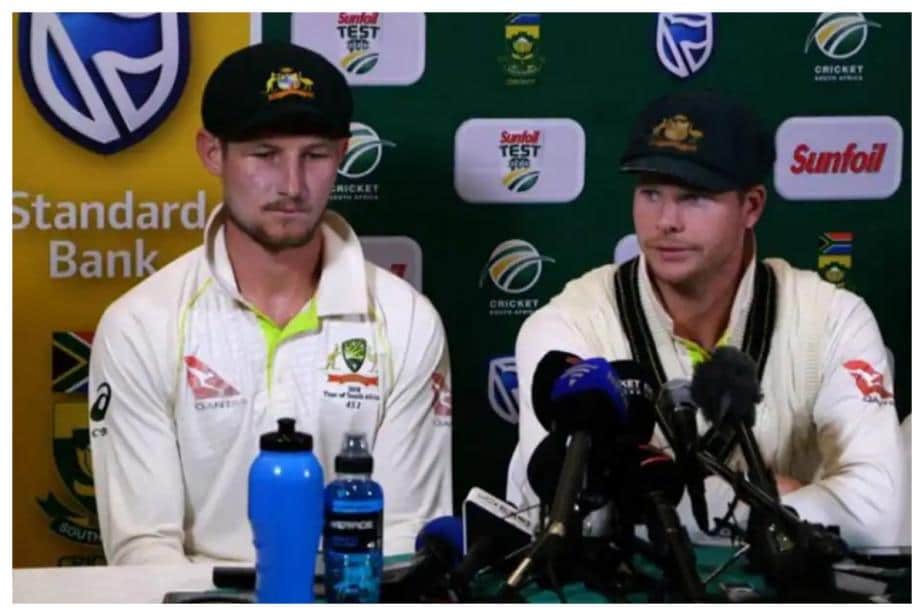 March 24, 2021 marks the three-year anniversary of the infamous ‘Sandpapergate’ controversy that forced Australia to not only send their main players home in the middle of a Test series, but also ban their captain and vice-captain for a year. What happened in Cape Town not only put the Aussies to shame but also sent shockwaves around the world with the whole cricket fraternity talking about the three maligned Australians and their act of shame in Cape Town.

Steve Smith, Cameron Bancroft and David Warner faced the brunt of the world for their ‘cheating’ tactics on Day 3 of the Cape Town Test against South Africa. On the day, Bancroft – the youngest of the three, was seen rubbing the ball with something yellow in his hand after lunch in order to polish the red cherry. TV cameras caught Bancroft in the middle of the act and when he saw himself on the screen, he according to his own confession panicked and he looked to hide the object in front of his trousers. Upon inspection from the umpires, he showed the on-field umpires a microfibre cloth and the umpires were happy to proceed with the game without deeming anything to be unfair.

However, all hell broke loose when Bancroft along with captain Smith attended the press conference and admitted to trying to tamper with the ball with a yellow adhesive tape, which was filled with dirt and formed an abrasive surface therefore, perfect to tamper with the condition of the ball. Few days and an investigation later by Cricket Australia, the material was adjudged to be sandpaper – something the cricketers use to maintain their bats. Smith admitted that he was aware of the plan as it was made by the ‘leadership group’ during lunch. However, he refused to stand down as the captain of the side when questioned by the media.

Then the International Cricket Council (ICC) came into action and sanctioned Bancroft and Smith for their actions. Match referee Andy Pycroft charged Bancroft with a Level 2 offence for trying to alter the condition of the ball while Smith was charged for trying to hamper the spirit of the game. He accepted the charges and the two suspension points and was supposed to be banned for the next Test match and was fined 100 per cent of his match fee while Bancroft was handed three demerit points and a 75 per cent fine on his match fee.

However, pressure from the media across the world forced Australian Prime Minister Malcolm Turnbull to make comments and express his disappointment and also asked Cricket Australia to take strict actions. It forced Smith and Warner to surrender their leadership roles as captain and vice-captain with Tim Paine taking on the captain’s role.

But it didn’t stop there. Following more media trials and accusations, the trio was sent back home with sorry images of all crying and breaking down in front of the media emerging on social media and news outlets. CA took strict actions and handed a 12-month ban to both Smith and Warner while Bancroft was handed a nine-month ban.

The team management said Smith was aware of the potential plan yet didn’t act to stop it while Warner was charged with coming up with the plan and instructing Bancroft to execute it.

The bans meant Smith and Warner also missed the IPL that year while Bancroft’s county contract was cancelled by Somerset.

Following all the investigations, coach Darren Lehmann was cleared of any wrongdoing but with noise still around and trials on, he decided to step down from his post as well with Australia appointing Justin Langer a few days later in order to restore the image of the team.

The trio was also forced to do social service for their acts which they did with great sincerity.

Bancroft was the first to return to cricket when he represented Perth Scorchers against the Hobart Hurricanes in the Big Bash League on December 30, 2018. Smith and Warner were clear to return on March 29, 2019 but neither played any games until the 2019 Cricket World Cup in England, where the pair was subject to some serious hostility from the English crowd.

All three returned to the Test side on August 1 at Edgbaston in the first Test of the 2019 Ashes series. Bancroft and Warner failed to leave a mark but Smith marked the occasion with a Man-of-the-Match performance, scoring 144 and 142 respectively in the two innings as Australia beat England by 251 runs.