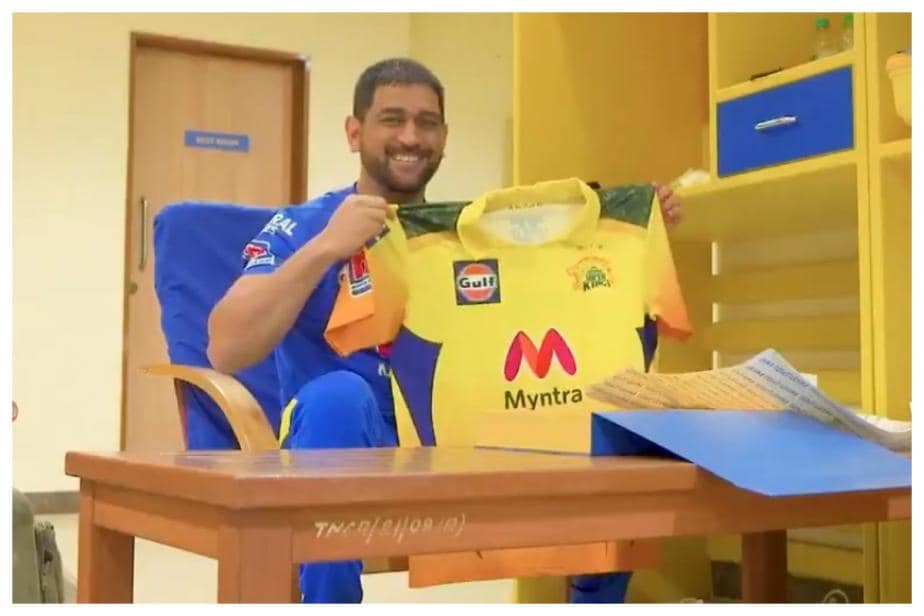 Chennai Super Kings have launched their brand new jersey ahead of the IPL 2021 which is due to begin on April 9 in Mumbai. In the history of the IPL, this is the first time CSK has made some changes to their jersey. They have added a couple of camouflage straps on the shoulders. This comes as a mark of tribute to country’s armed forces.

The captain himself is an honorary Lieutenant Colonel in the Army and trained with parachute regiment. Here is the video of the launch:

IPL franchise Chennai Super Kings (CSK) will be headingto Mumbai from Chennai ahead of the start of the new season of the Indian Premier League (IPL). The yellow brigade will now be training inMumbai from March 26, as per the decision taken byfranchise’s CEO Kasi Vishwanath. In the IPL 2021 season, MS Dhoni’s side will be playing five of their matches in Mumbai.

Owing to the Covid-19 restrictions, none of the teams will be having home advantage this year. CSK players are already training in Chennai and they will be joined by the rest of the side in Mumbai. Seasoned campaigner Suresh Raina will be joining his teammates in Mumbai. The left-hander had gone back home from UAE ahead of the start of IPL 2020 and skipped the entire season last year owing to personal reasons.

“We will definitely shift now. We are scheduled to leave for Mumbai by March 26,” CSK CEO Kasi Vishwanathan was as quoted by Inside Sport.

The southern side will be staying at Hotel Trident in Mumbai and will be undergoing training at the Wankhede Stadium. Upon joining the side, Raina will be undergoing a seven-day mandatory quarantine in Mumbai. On the other hand, West Indies all-rounder Dwayne Bravo is already in Mumbai for CSK’s training camp and is completing his quarantine period before joining his team.