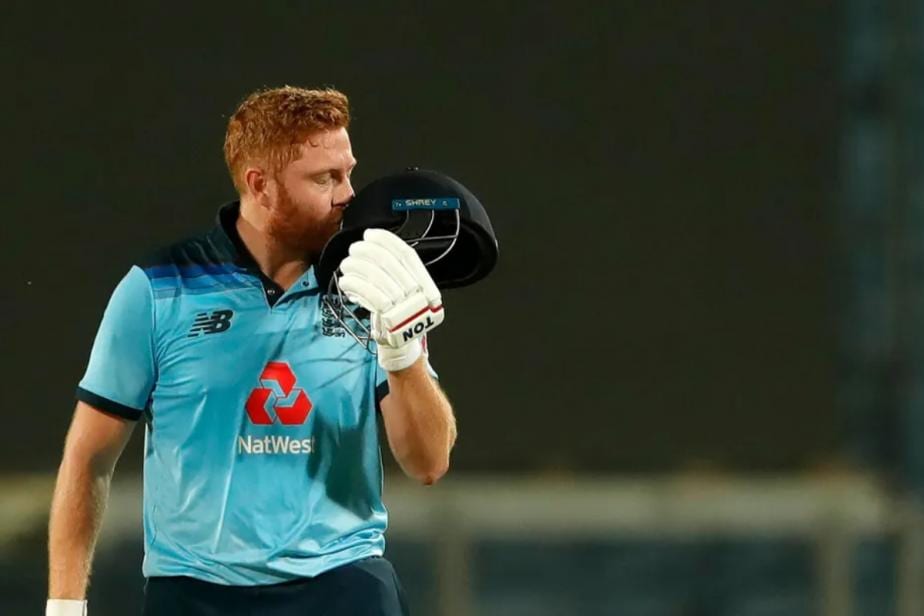 Jonny Bairstow smashes 124 off 112 and Ben Stokes made 99 off 52 as England made a mockery of the 337-run target set by India in the second ODI. Bairstow was the Man of the Match. Bairstow had missed out on a century narrowly in the last match as well, and explained that his thought process this game was similar.

“Obviously disappointed to miss out in the last game but delighted to get across the line in this one. To be very honest, my thought process was exactly the same as last game. I thought we were excellent in the last game, we were ahead of the run-rate by a long way. We saw Ben play some rather entertaining shots,” he said in the post match presentation.

Bairstow said his partnership with Jason Roy was a ‘natural one’.

“It’s natural. Today I faced 8 balls in the first 8-9 overs and Jason was blazing at the other end. Today they bowled well at the top. Bhuvi, we know his skills and how difficult he’s to get away. We both have the game to catch up later. The relationship we have at the top of the order is great, and long may that continue.”

“I think the most pleasing thing for us as a team is we didn’t go away from our values as a team. We were bitterly disappointed after the first ODI. Great chase and happy we were able to go over the line fairly easily despite India putting up a big total. Better wicket to be honest but we don’t really fear any totals to be honest. It could have been easy to rein ourselves in after the last game but from a personal and team point of view, it was important to play as we do.

“We speak about match ups in our changing room and my match-up was with the spinners to take the risk, just let Jonny keep going on with his business. He’s in unbelievable form. The amount of runs Roy and Bairstow have scored is obviously amazing, but if you look at the way they have scored it’s even better .best in the world in my opinion. Always good going to the last game when the series is on the line.”

Captain Jos Buttler, standing in for Eoin Morgan, was a happy man.

“Delighted with the response of the guys. I thought we put in a very good bowling performance as well to restrict India to that total. Look at how well they played in the last 10 overs, so I thought the guys in the middle overs did well to restrict them. And then the guys came out and played fantastically well, the intent and partnerships from the start made it a brilliant chase.

“The openers have been a pillar of our strength for a long period of time. Delighted for Jonny and that partnership with Ben Stokes was brilliant to watch, as a fellow player and a fan. Some of the strokes they played and the commitment to play that way. Some people talked about our way and if we need to be smarter – of course we want to play smart cricket but it’s important to commit to our style of play when the conditions suit. Moeen and Adil bowled well in tandem, great friends and they enjoy bowling together.

“We’ve played on some good wickets here, and a winner takes all game at the end, so we’ll look forward to that.”