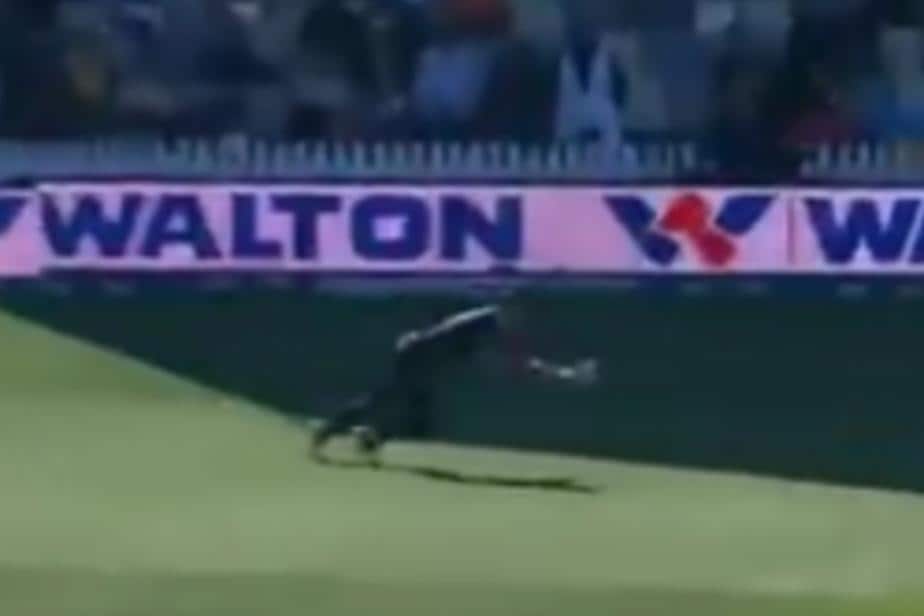 Trent Boult is one of the more agile fielders in cricket. Despite being a fast bowler, Boult puts his best in the field, and in the past has grabbed some stunners. Friday was no different, as Boult ran good 15-20m and made a full-stretch dive to take a one-handed catch of Liton Das, during the third ODI against Bangladesh in Wellington.

Meanwhile, an interesting dismissal occurred during the 2nd ODI between New Zealand and Bangladesh in Hagley Oval, Christchurch on Tuesday. Kiwi all-rounder James Neesham got Bangladesh skipper Tamim Iqbal run out in a cheeky way that has left several fans awestruck.

Earlier in the match, Bangladesh were invited to bat first and were at 130/2 in the 31st over. Opener Liton Das went for a duck, while coming in at third Soumya Sarkar made 32 and assisted Iqbal before he was sent back. Meanwhile, Iqbal had earlier survived a close call when he was given not out by the third umpire. He made good use of the lifeline and went on to score 78 runs off 108 deliveries.

The veteran batsman was set and looked to convert his impressive score into a century, but a mix up in the middle with Mushfiqur Rahim saw him walk back to the dugout. In the 31st over, the duo attempted to steal a single when Rahim dropped the ball down in the crease near Iqbal and called for a single run. The Bangladesh skipper who was at the non-striker’s end responded but was unaware of Neesham’s fancy footwork. The Kiwi all-rounder quickly ran forward and flicked the ball with his left leg onto the stumps. His attempt was full of precision as the ball hit the stumps and left Iqbal run out as he was found short of his crease.