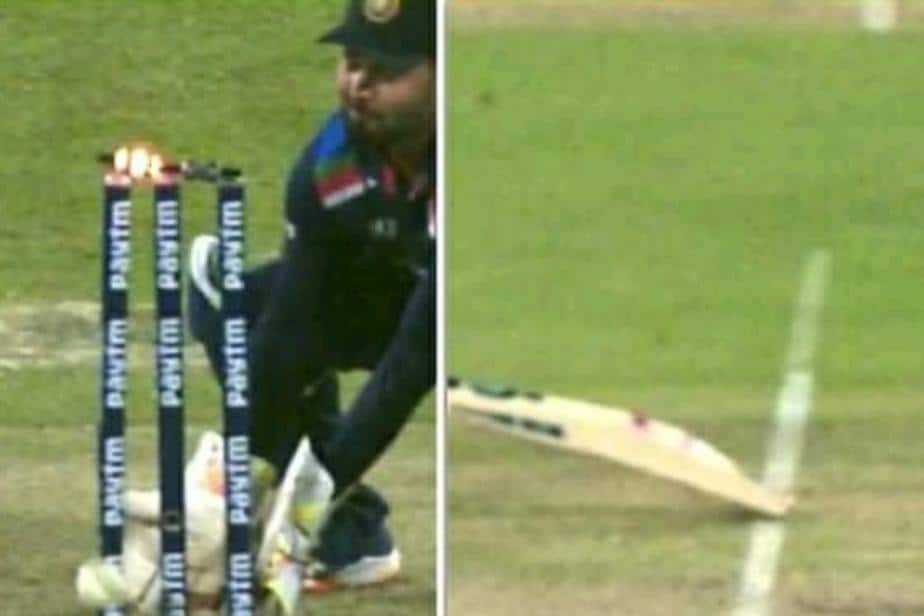 England all-rounder Ben Stokes on Friday was outstanding with the bat as he demolished India’s bowling attack in the second ODI. He hammered 99 runs off 52 deliveries at the Maharashtra Cricket Association Stadium in Pune. Stokes’ carnage was crucial in England overhauling a mammoth total of 336 runs.However, a run out appeal against Stokes has come under the scanner after several members of the cricket fraternity questioned the third umpire’s decision.

During the 26th over of England’s chase, Stokes, at 31, tried to steal a second after flicking a Bhuvneshwar Kumar delivery. Kuldeep Yadavachieved a direct hit standing sharp at deep mid-wicket. The runout appeal was sent upstairs and third Umpire Anil Chaudhry ruled it not out as replays failed to produce conclusive evidence for a wicket. Despite checking multiple angles, he gave the decision in the batsman’s favour.

Former India and England cricketers disagreed with the not out decision despite the player’s bat being on the line. The former players of the game expressed their surprise at the decision taken by Chaudhry.

Yuvraj Singh and Michael Vaughan took to their respective social media handles to react to the third umpire call.

That was out !!! No part of bat was touching over the line . It was just showing that it was over ! Just my opinion !! #IndiavsEngland

Wow … I would have given that Out … #INDvENG

Former England batsman Ian Bell in a video interview with ESPN Cricinfo, said,“I think we got away with one there. I thought that was out.” Former India batsman Sanjay Manjrekar, in the same video, said, “What seemed to be over the line was the part which was not grounded.”

The not out decision definitely turned in England’s favour but was very expensive for the hosts as Stokes, who took some time in the initial few overs, started hitting the ball all around the park. Stokes’ blistering knock helped Eoin Morgan’s men chase India’s 337-run target with 39 balls to spare to level the three-match series 1-1.