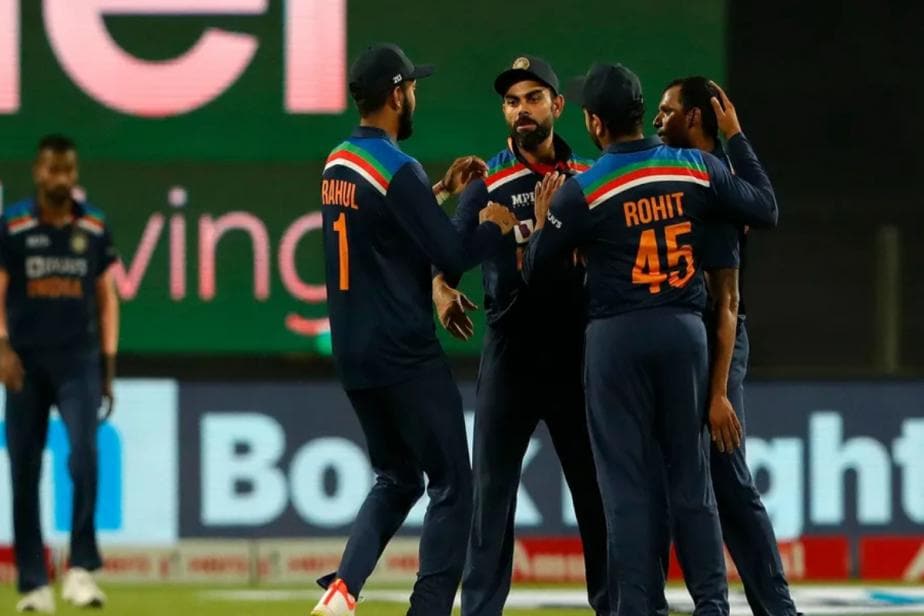 India survived a major scare as they held onto their nerve to win the third ODI against England by 7 runs. This meant that the Men in Blue clinch the ODI series 2-1. Chasing 330 for a win, England kept on losing timely wickets and at one stage were 155/5. But then came in Sam Curran who almost threatened to take his side home against improbable odds.

Hosts were equally responsible for this late resistance as they dropped Curran on two occasions. Earlier Ben Stokes was also dropped. On both occasions, Hardik Pandya was the culprit. Meanwhile Curran went onto pace his innings brilliantly, picking up singles and then changing gears effortlessly. As many as 18 runs came off the 47th over but India were lucky enough to reduce the equation to 14 off the final over. Curran was ably assisted by Mark Wood and both shared a counter-attacking 60 run stand for the ninth wicket to make life difficult for Kohli. But once Mark Wood was gone, the 22-year-old gave up on singles. T Natarajan, who was bowling the final over, gave no runs off the third and fourth balland the equation became impossible to achieve. With India’s fate and series sealed, head coach Ravi Shastri breathed a sigh of relief in the dug out.

Earlier in first innings: Rishabh Pant and Hardik Pandya hit stroke-filled half-centuries but Indian lower-order caved in meekly to settle for a below-par 329 against England in the third and final ODI here on Sunday. Pant’s sparkling knock of 78 off 62 balls was well supported by Hardik (64 off 44 balls) but India lost their last four wickets for a mere eight runs to finish at least 30 runs short on another batting belter.

Pant, during his career-best knock plundered four maximums and five boundaries, while Hardik had five fours and four sixes during their 99-run stand for the fifth wicket. However Krunal Pandya’s (25 off 34 balls) serious limitations while facing express pace was exposed by Mark Wood (3/34) as India lost the momentum during the final 10 overs despite brilliant 103 run opening stand inside 15 overs between Rohit Sharma (37; 6×4) and Shikhar Dhawan (67 off 56; 10×4).

The senior Pandya at times was finding it difficult to bring his bat down in time while facing the pace of Woods and didn’t get a single boundary consuming nearly six overs of the innings. It was a day when India’s top order was troubled by English spinners with Adil Rashid’s (2/81 in 10 overs) googlies in successive overs removing Rohit and Dhawan.

Skipper Virat Kohli (7) tried to rock back and play a cut shot only to be bowled by a Moeen Ali off-break. KL Rahul was sent back by a friendly full-toss from Liam Livingstone leaving India in a spot of bother at 157 for 4 just before the hafway stage of the innings.

However Pant started off from where he had left in the last game and ditto for Hardik as they took apart Rashid by reading wrong ‘uns well. Hardik smashed three sixes off Ali which forced the captain to take him out of attack as 200 came in the 30th over.