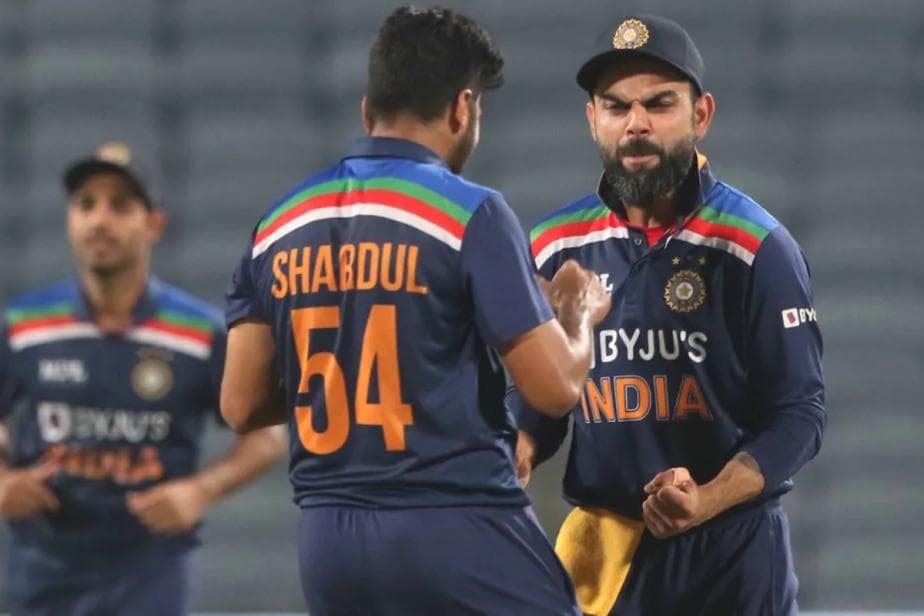 India captain Virat Kohli expressed surprise that Shardul Thakur and Bhuvneshwar Kumar did not win the Man of the Match and the Man of the Series awards after the win over England in the third and final ODI, which helped them win the series 2-1. Thakur picked up 4 for 67 and had made an important 30 off 21 with the bat. Bhuvneshwar was the pick of the bowlers in the series with 6 wickets at an economy below 5 in a high scoring series.

The Man of the Match award went to Sam Curran, who made a fighting 95*. Jonny Bairstow was the Man of the series for his 93 in the first game and 124 in the second.

“I mean I’m surprised that he wasn’t the Man of the Match. Four wickets and scoring 30 runs in a 300+ match… and Bhuvi was another contender for Man of the Series. These guys were the difference in middle overs and powerplay,” Kohli said at the post match presentation.

Kohli pointed to India’s batting depth as the biggest positive of the series, promising bigger scores in future.

“Prasidh and Krunal were impressive, but the most pleasing thing is the depth of our batting. Very exciting times ahead for us. And if the top three can get a hundred, the 370s and 380s will come soon,” he said.

The third game was a thriller with Curran fighting till the very end. India’s catching in the game was poor, but Kohli was not too bothered.

“As I mentioned, when top-two teams battle, you get exciting games. We knew England will not throw in the total at any stage, Sam played really well to keep them in the game, but we kept taking wickets at regular periods to put enough pressure on them. The mindset shifted in the last couple of overs. Hardik and Nattu were brilliant to finish it off.

“It’s most disappointing for the guy who drops the catch. Everyone wants to do the best for the team on the field, but catches do get put down. But as individuals there’s no lack of intent and our body language was outstanding. And we eventually ended up crossing the line.”

With the IPL coming up next, Kohli once again stressed on the importance of consulting players before schedules are drawn.

“It has been an amazing season for us and we wanted to finish on a high. This tour has been sweet, winning every series. Now to enjoy the IPL, it’s a different kind of challenge, and back again with this group of guys.

“The IPL break (for the support staff) is a bit of a respite. But scheduling is something that needs to be looked at in these times. It’s not easy to be playing for months in bubbles. Everyone can’t have the same mental capacity all the time. Am sure things will be discussed and things will change in the future.”