India vs England: Virat Kohli Breaks Spate of Records Once Again, Has an Unwanted Record too 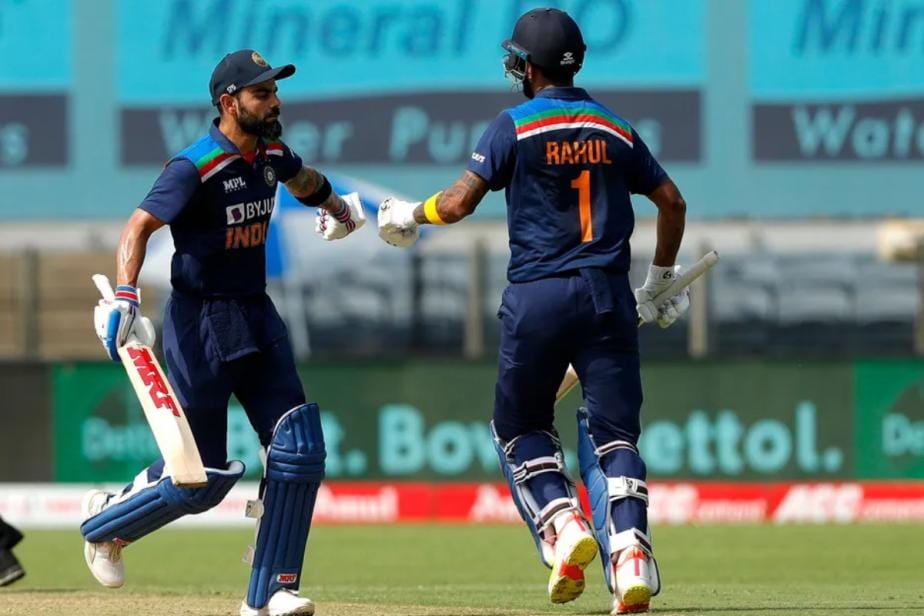 Even though India won the ODI series 2-1, there were enough noteworthy performances from both camps. This series against England in particular will be remembered for the batting prowess shown by both teams. At the end of it, India managed to break England’s winning streak in bilateral series’, after a gap of seven years, while the Indians won a series after losing two on the trot — against New Zealand and Australia.

Cricketnext takes a look at some staggering numbers in the series:

It was a series dominated by batsmen of both units. Five of the 6 team totals in the series were in excess of 300. The average run rate of the series was 6.62 – the second-highest amongst the 15 India-England bilateral encounters (min. 3 matches) after the home series in India in 2017. As many as 7 batsmen finished with a strike rate of 100 or more in the series (min.100 runs).

Most sixes in three-match series

During India’s series win against England, both teams managed to create a record together — most sixes hit in a three-match series, with 63 maximums. The previous record was held by New Zealand and Sri Lanka, which they created in 2019, while third on the list is again, India and England who hit 56 sixes in a series back in 2017.

In a series dominated by batsmen, it was Bhuvneshwar Kumar who emerged as the difference between the two sides. He returned with 6 wickets in the series, three of which came at critical junctures in the final match of the series, but more significantly was brilliantly restrictive with an economy rate of just 4.65. He delivered as many as 106 dot balls in the series which implied that nearly 60% of his deliveries were not scored off in the series.

Shardul returned as the highest-wicket taker of the series with 7 wickets at a strike rate of 20.1. Thakur bagged 4 big wickets at crucial times in the decider bringing India back into the match whenever he was given the ball and asked to deliver. He got rid of the dangerous Jos Buttler just when the England captain and Dawid Malan were threatening to form a partnership. Thakur then gave England a double blow by getting rid of Liam Livingstone and Malan off successive overs just when the pair were taking the game away from India. He then ended a 57-run stand between Curran and Adil Rashid dismissing the latter in the 40th over of the match.

Virat Kohli is an exceptional batsman and a leader, but when it comes to winning tosses, his record is rather shocking. In this entire series against England, Kohli has lost 10 tosses out of 12, and that just shows how unlucky he has been with the coin. But it is not just this series where the toss has not gone his way, more often than not, against England, Kohli has a tough time with the coin.

In the 35 times, he has lead India against England, across all formats, he has been on the winning side just eight times. That’s a staggering number, considering Kohli’s match-winning percentage. In Tests, he has won two tosses from 12, in ODIs it’s three from 10 times, while in T20Is the number is three from 11 matches.

Virat Kohli — Best no.3 in ODIs

Virat Kohli became only the second player in the history of the game to score over 10,000 runs batting at No.3 position. During the 2nd ODI against England at Pune, the Indian skipper registered his 105th fifty-plus score (62 fifties and 43 hundreds). En route to the knock he completed 10,000 ODI runs and is now second only to Australian great Ricky Ponting, who had scored 12662 runs in 330 innings batting at No.3.

Virat Kohli surpassed former South Africa captain Graeme Smith in the list of most ODI runs scored as captain. During the 2nd ODI against England in Pune, the Indian captain found himself in the middle early. Australian great Ricky Ponting leads the list with 8497 runs in his 234 ODIs as captain, followed by MS Dhoni with 6641 runs in 200 ODIs as captain. Stephen Fleming and Arjuna Ranatunga are in the third and fourth spots. He also became the second batsman after Sachin Tendulkar to reach the landmark of 10000 international runs in India. While the Little Master has an aggregate of 14192 runs in 313 innings at an average of 50.32 including 42 hundreds, Kohli has scored 10002 runs in just 195 innings at an average of 61.74 with 32 hundreds.