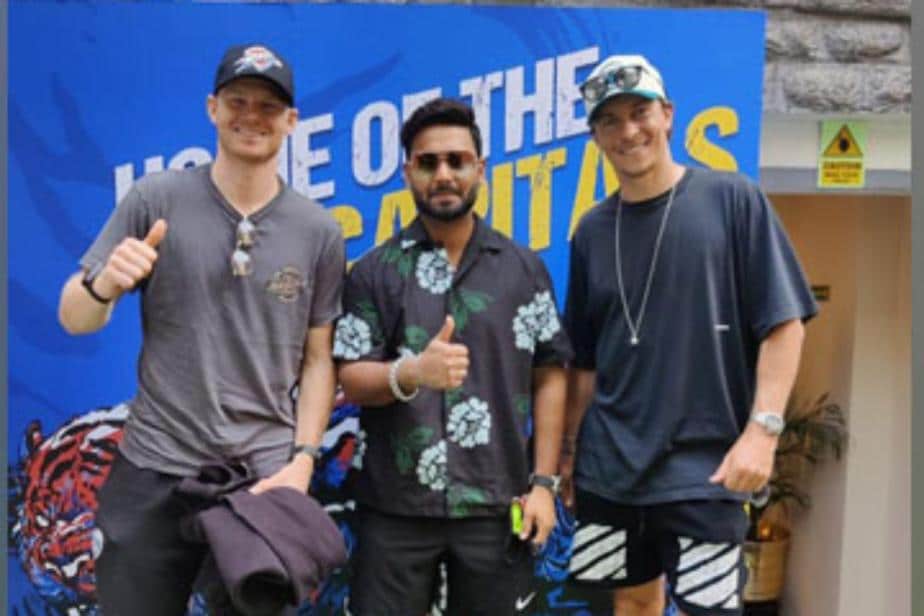 Indian wicket-keeper batsman Rishabh Pant alongside Sam Billings and Tom Curran joined Delhi Capital in their bio bubble ahead of the IPL 2021. The trio was busy playing in the India-England ODI series which India won 2-1.

India survived a major scare as they held onto their nerve to win the third ODI against England by 7 runs. This meant that the Men in Blue clinch the ODI series 2-1. Chasing 330 for a win, England kept on losing timely wickets and at one stage were 155/5. But then came in Sam Curran who almost threatened to take his side home against improbable odds.

Hosts were equally responsible for this late resistance as they dropped Curran on two occasions. Earlier Ben Stokes was also dropped. On both occasions, Hardik Pandya was the culprit. Meanwhile Curran went onto pace his innings brilliantly, picking up singles and then changing gears effortlessly. As many as 18 runs came off the 47th over but India were lucky enough to reduce the equation to 14 off the final over. Curran was ably assisted by Mark Wood and both shared a counter-attacking 60 run stand for the ninth wicket to make life difficult for Kohli. But once Mark Wood was gone, the 22-year-old gave up on singles. T Natarajan, who was bowling the final over, gave no runs off the third and fourth balland the equation became impossible to achieve. With India’s fate and series sealed, head coach Ravi Shastri breathed a sigh of relief in the dug out.

Tough Call to Leave Out Shikha Pandey, She is Not Dropped: Harmanpreet Kaur