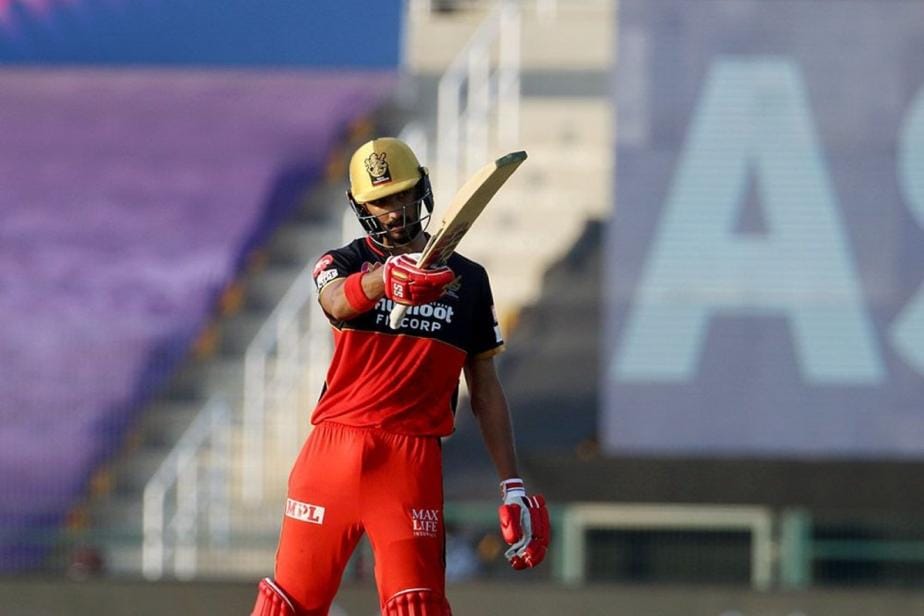 Devdutt Padikkal was in exceptional touch during the 2021 Vijay Hazare Trophy amassing 737 runs in just 7 innings at an average of 147.4 and strike rate of 95.96 including a record four hundreds on the trot. He was also in tremendous form in the previous edition of the IPL in the UAE outscoring both AB de Villiers and Virat Kohli to end as the highest run-getter for RCB in the season.

Padikkal is looking forward to again sharing the dressing room and batting with the two international superstars while also relishing the opportunity to face ace speedster Jasprit Bumrah of the Mumbai Indians. Padikkal had left pundits in awe after playing a magnificent pull shot of Bumrah in 2020 and remembered the shot vividly.

“Yes, I remember that shot. The thing was, being my first year in IPL, I knew people will probably test me with the short ball early on. I just wanted to make sure I showed them I am able to pull regardless of what pace I am facing. As soon as I got the chance, I played the pull shot so that they know I am an impact player.”

Padikkal said there was a change in the opponent’s strategy against him in the Vijay Hazare Trophy post his exploits in the IPL last season.

“May be, to an extent. They probably had certain plans against me which they didn’t have before. I continued to play my game. In terms of the general feeling of playing the tournament, it was pretty similar to the previous season. I just wanted to make sure I continued my good form and kept scoring big runs.”

Padikkal did not get a call from the Indian selectors for the ODI series against England despite a sensational Vijay Hazare Trophy but stated his only job was to perform and improve constantly.

“What I have learnt for the past two-three years is that I can’t be really bothered about the selection. It is not in my control. What I am looking to do is to improve my game every day, work on myself. Two-three years back may be, I used to think a lot about selection, being in the team and stuff like that. In the last couple of years, I have learnt it is important to focus on my game and continue to get runs wherever I am playing. It doesn’t matter for which team, franchise cricket or domestic cricket; I want to make sure I continue to score runs, make my team win. Eventually, when I get there it will be great.”

Padikkal elaborated on the technical adjustments he has to make when he switches from one format to the other.

“There is a big difference when you switch from white ball to red-ball cricket. There is a lot more movement we have to be ready for. Last season, there were a lot of practice sessions where we had to focus was on leaving the ball, really focus on watching the ball closely compared to what we do in white ball. The white ball predominantly comes straight on to the bat. Once you move to the red ball, your feet movement, hand-eye coordination have to be greater. Now, we have pretty much got used to switching between formats, so it’s not that big a challenge.”

India has no dearth in talent for the openers’ position across formats. Apart from Rohit Sharma and Shikhar Dhawan, other options include KL Rahul, Mayank Agarwal, Prithvi Shaw and Ishan Kishan. But Padikkal is not fazed by the challenge and accepts it to perform better.

“There is lot of competition, but I take it as a fun challenge, to be honest. When you have a high level of competition it makes you do better, pushes you even more; that is always good. I just keep pushing myself and keep improving every day. The more competition I have, the more drive I have to do better. That’s how I look at it.”

He added that Shaw was in brilliant form in the Vijay Hazare Trophy and is a special and rare talent.

“Even Prithvi has been in really good form and he is a special player as well. It was good have someone really going at the same rate as I was. He was also pushing me to score more runs; I am pretty sure he also had that in his mind. We were really pushing each other; it is good to have a high level of competition around you, it makes you do better. Eventually, it will help your team as well. That was a great battle within a battle.”

Padikkal then elaborated on the rich experience of playing alongside AB de Villiers and King Kohli in the IPL highlighting the passion the great pair had for the game.

“That was a pretty special experience to have. You get to learn so much from them. The kind of passion and drive they have for the game, the way they play, the way they carry themselves through the busy, long tournament. It is not easy to handle all that pressure, especially when the team is looking at you to take the responsibility. How they handle was great to see, and that is something I picked up from them.”

He praised the Indian and RCB skipper and stated that Kohli inspired him to raise his game and perform.

“He plays at such a high level; when you are batting with him, you feel you have to really push yourself and match the standard at which he plays. That helped improve my game. Batting with him, he makes the game pretty easy. He understands the game so well, when to take a chance and when to pull back, and when to really go after the bowling. When you have so much knowledge and experience it makes our job very easy at the other end.”

Padikkal also showered heaps of praise on Rahul Dravid who helped him at the NCA in Bengaluru.

“Even he is someone I look up to. Whenever possible, I love to talk to him and he is open to giving advice. I have spoken to him a few times during practice at M Chinnaswamy Stadium when he is around at NCA National Cricket Academy. Even he has told me to keep working hard and keep improving.”

The left-hander added that his ultimate aim was to represent the country in Test cricket.

“The ultimate goal is to play for India in the longest format. In the short term, I am going to focus on each game at a time. That’s what I have tried to do in the past couple of years. It didn’t matter if I was playing IPL or a domestic tournament. I just wanted to make sure every game I play, I make an impact and improve.”