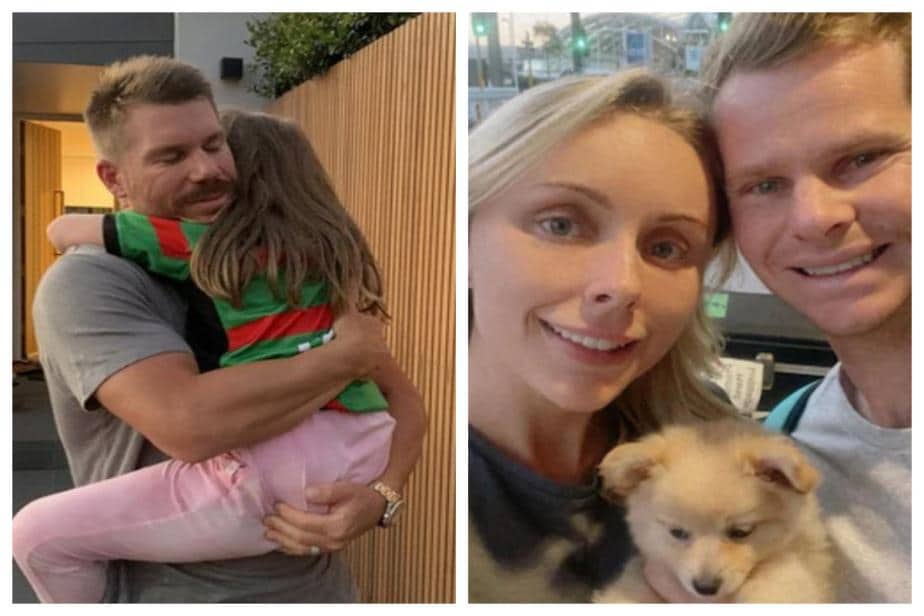 Two of the biggest icons of Australian cricket bid goodbyes to their loving partners as they left the Australian shores in the lead up to IPL 2021. While Candice, wife of David Warner, posted some adorable pictures on Instagram, Steve Smith also thanked her wife for seeing him off at the airport.

Just days before the start of IPL 2021, Chennai Super Kings have received a huge blog as the in-form bowler Josh Hazlewood has decided to pull out of the tournament. The Aussie decided to keep himself fresh for the Ashes and then the T20 World Cup later this year, and wanted to spend time with his family instead.“It’s been a long 10 months in bubbles and quarantine at different times, so I decided to have a rest from cricket and spend some time at home and in Australia in the next two months,” Hazlewood told cricket.com.au.“We’ve got a big winter ahead too. The West Indies is going to be a long tour, with Bangladesh (T20 tour) potentially thrown on the end of that.

“Then potentially the T20 World Cup leading into the Ashes, so it’s a big 12 months, as it always is with Australia, and I want to give myself the best chance to be mentally and physically ready for that. That’s the decision I’ve made, and it sits pretty well with me,” Hazlewood added.

Wallace Sends Jordan To Top Of Scoring Pylon At Daytona 500