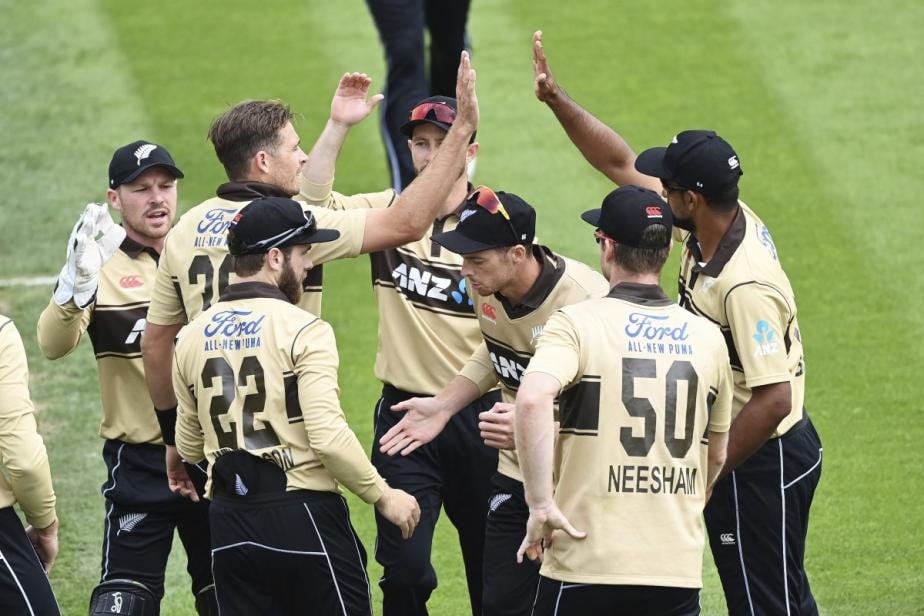 New Zealand’s T20I skipper Tim Southee on Thursday became the second highest wicket-taker in T20Is as New Zealand beat Bangladesh by 65 runs in the third and final T20I of the three-match series at Eden Park.

The Blackcaps skipper got the wickets of Soumya Sarkar, Liton Das and Mosaddek Hossain and finished with figures of 3/15 from his two overs in a rain-curtailed game as the hosts crushed the visitors.

Earlier, Bangladesh opted to bowl first in a 10-over affair but were pushed onto the backfoot straight away. The Kiwi openers Martin Guptill and Finn Allen went on rampage and scored 85 runs in the first five overs before Guptill fell for 44. However, Allen continued to torment the bowlers and took New Zealand’s score to a mammoth 138 with two balls to spare before falling for a 29-ball-71. The hosts finished their innings at141/4.

Chasing that, Bangladesh were never in the game and lost wickets at regular intervals. None of their batters could get in and pose any challenge to the New Zealand bowlers as the likes of Southee and Todd Astle ran through the batting line-up. While Southee picked up three wickets, Astle returned with figures of 4/13 from his two overs.

With the win on Thursday, New Zealand completed a clean sweep of Bangladesh, winning all the three ODIs and T20Isbetween the two countries. Not only that, they have shown their dominance in T20 cricket ahead of the World T20 later this year in October-November in India by pushing aside every opposition they took on, including the likes of West Indies and Australia.