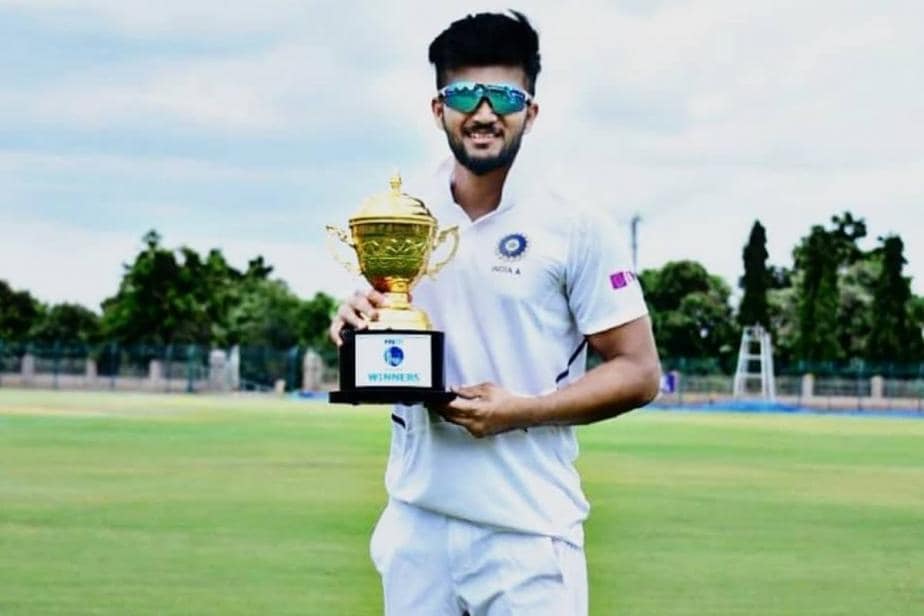 The player auction for IPL 2021 saw plenty of players go for big bids. But it’s not just the players with big bucks who have stories behind their IPL contracts. The base picks have their own journeys too. One such interesting journey is that of Jalaj Saxena, who went to Punjab Kings for his base price of Rs 30 lakh.

First the numbers. 6334 runs with 14 hundreds and an average around 36 with the bat, 347 wickets at an average around 27 with the ball from 123 first-class matches, first for Madhya Pradesh and then for Kerala. Anyone with these numbers will be considered a premium all-rounder but Jalaj has hardly been noticed by the ones that matter. Well, he technically has been recognised by the BCCI as the best domestic all-rounder in 2014-15, 2015-16 and 2017-18, but the bigger rewards haven’t come. He has hardly been given consistent stints with India A as well.

At one stage in his career, Jalaj was even vocal about his disappointment. “I have the self-satisfaction of doing well, but I would have had greater satisfaction if performances like these would have taken me to higher levels too. If I had got rewards with the awards, it would have felt better,” he had told ESPNcricinfo in 2018. “I still don’t think I’ve got many opportunities.”

He would even tweet his achievements, hoping for the higher powers to notice. The current version of Jalaj, though, is a lot different. He’s 34, and much calmer. He hardly worries about ‘results’, doesn’t rue the lack of ‘rewards’. Instead, he’s still charged up as ever, stressing age is just a number. His only focus is on the process. It might sound cliched, but it’s also true.

Here he is, working on carrom balls and googlies, adding to his armoury. And the results have come. In the Vijay Hazare Trophy 2021, he picked up 8 wickets at an economy of just 3.74. In the Syed Mushtaq Ali Trophy, he got 10 wickets from 5 matches at a incredible economy of 6.26. The reward – an IPL contract – was very well deserved.

“I think age is just a number. If you’re fit enough, if you’re performing and willing to learn new stuff, then age is just a number. Secondly, I love playing so there’s no question of motivation. When I started cricket as a career it was just because I loved it. Still I love it, that’s the motivation. Every day, every season when I start preparation, I want to add new things and improve. Hopefully, I will play for the country as well.”

Jalaj’s transition – from a person wondering about rewards to one who is fully focused on the process – is the most striking difference in his journey over the last three years.

Has the mindset been hard to acquire?

“I’ve been fortunate that I have people around me who always guide me. They’re always there when I felt negativity in my heart. I feel it’s again a process, you learn about that mentality and learn to be positive. This is the phase where I’m very positive and looking forward to new phases of my life. I’m not having any negative thoughts,” he explains.

“My brother Jatin Saxena, we always have long chats about life and cricket. After every match we speak for 30-40 minutes. He has been a great motivator and a great friend who has always helped me in my cricketing journey.”

Jalaj has been with IPL teams Mumbai Indians, Royal Challengers Bangalore and Delhi Daredevils in the past but is yet to play a game.

“Very happy and excited to be in the IPL,” he says. “We all know that IPL is a very good platform for everyone who wants to play for the country. You never know, one good season and you’re there. Very happy and excited, hopefully I’ll get an opportunity and hopefully Punjab team does well so that every player will get into the limelight. I’m very excited about it.

“I feel I’m very fortunate to play under Anil Kumble (coach). Anil sir is a legend and if I talk about spin. he’s an institution. There will be so much to learn from him and I’m looking forward to it. Hope I learn many things.”

Jalaj was unsold last season, but the debut could happen this year considering the lack of Indian all-rounders in the Punjab Kings set up. He is not just looking forward to making his IPL debut, but has his eyes on bigger things.

“We lifting the trophy and me contributing. That’s one thing I dream of. It’s a result-oriented thing, but if we can focus on the process the results will come.”