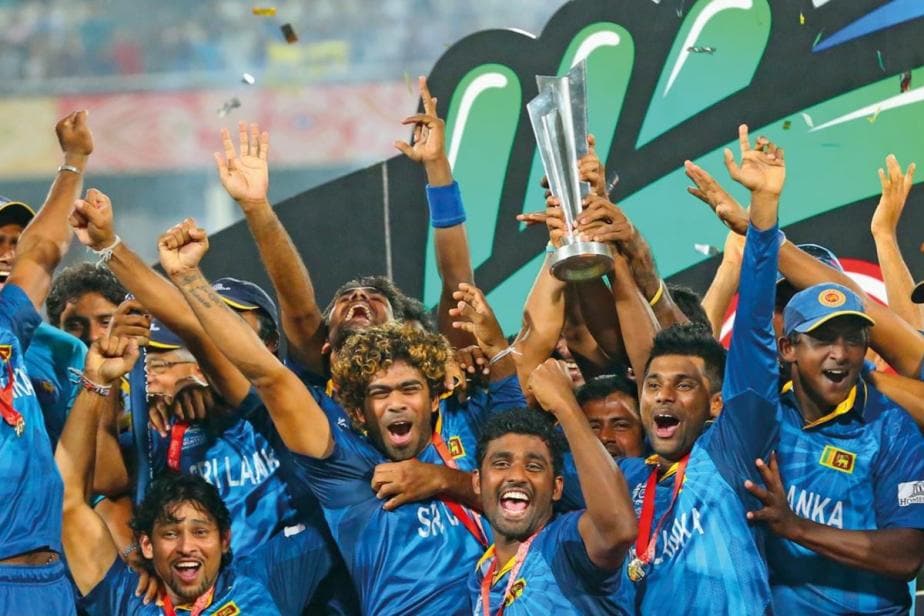 In what may seem a night of salvation for the Sri Lankan cricket team, they were finally at the podium with the trophy they so much deserved. After being crushed at two earlier ICC World Cup finals (50-over formats – 2007 vs Australia, 2011 vs India), the islanders made sure the curse was finally broken when they defeated Team India in the finals of the 2014 T20 World Cup at the Sher-e-Bangla stadium, in Dhaka.

Sri Lanka won the toss and invited the Indians to bat first. They were able to create pressure early on, as India lost their first wicket of Ajinkya Rahane on 3, in the second over of the innings. Virat Kohli and Rohit Sharma retrieved the innings and put on a 60-run partnership for the second wicket. After Sharma’s departure, India were 64 for 2 in the 11th over. India’s limited-overs talisman Yuvraj Singh came in and scored 11 runs off 21 balls, which not only resulted in the run rate falling drastically, but also in the lowest first-innings total in a World T20I final. Kohli’s amazing 77 off 58 was the highest score, but a disciplined Sri Lankan bowling in the last overs restricted India to just 130 for 4 in the allotted 20 overs. In reply, Sri Lanka too faced an early setback as Kusal Perera was dismissed on 5 and Tillakaratne Dilshan, scored only 18. However, under palpable pressure, against a shrewd limited-overs captain, Mahela Jayawardene settled the early nerves with a run-a-ball 24, Sangakkara saw the chase through with an ice-cool unbeaten 52 off 35 and Thisara Perera, unbeaten at 24, steered Sri Lanka to their maiden T20 World Cup title. With the victory, Sri Lanka, other than India and West Indies are the only teams to have won all three major ICC trophies.