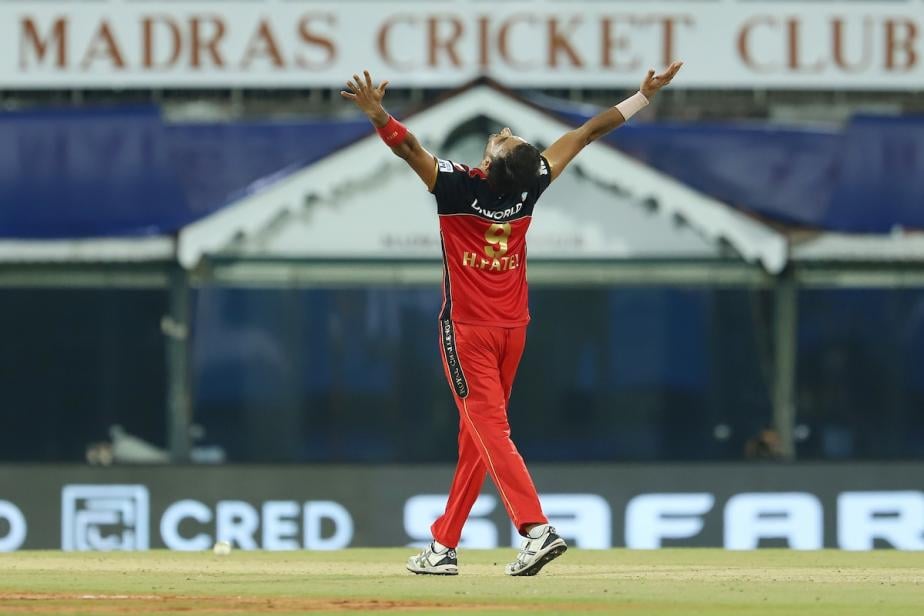 It was a stellar bowling effort by RCB, especially Harshal Patel, to restrict five-time winners MI to just 159 in the opening encounter of the IPL 2021. The all-rounder returned with figures of 5/26 in his four overs and managed to pick his first fifer in the tournament.

What was noteworthy is the fact that this was first ever fifer recorded against Mumbai Indians, since the inception of the league. The previous best figures against MI were 4-6 by Rohit Sharma, while playing for Deccan Chargers.

Patel, the right-arm pacer who plays for Haryana in domestic cricket, ran through the middle-order. He got rid of dangerous hitters Ishan Kishan, Hardik Pandya, Kieron Pollard and Krunal Pandya besides tail-ender Marco Jansen to put the brakes on a strong MI batting line-up.

After his spell, Harshal said, “Ball started tailing a bit when I came into bowl the 16th over, that was my cue. And I executed brilliantly. You can’t look at the opposition all the time. All you need to focus on at the top of your mark is your execution and planning and that’s what I did.

“It was very clear from the beginning I was going to bowl two overs at the death but today I bowled three. Feels great. This is my first five-wicket haul in all the T20s I’ve played. Coming against MI it feels special. It’s a decent batting surface. Just the dimensions allow you to take pace off. Also the bounce isn’t as good as it usually is. It’s probably keeping low. But I don’t think it’s a two-paced wicket”