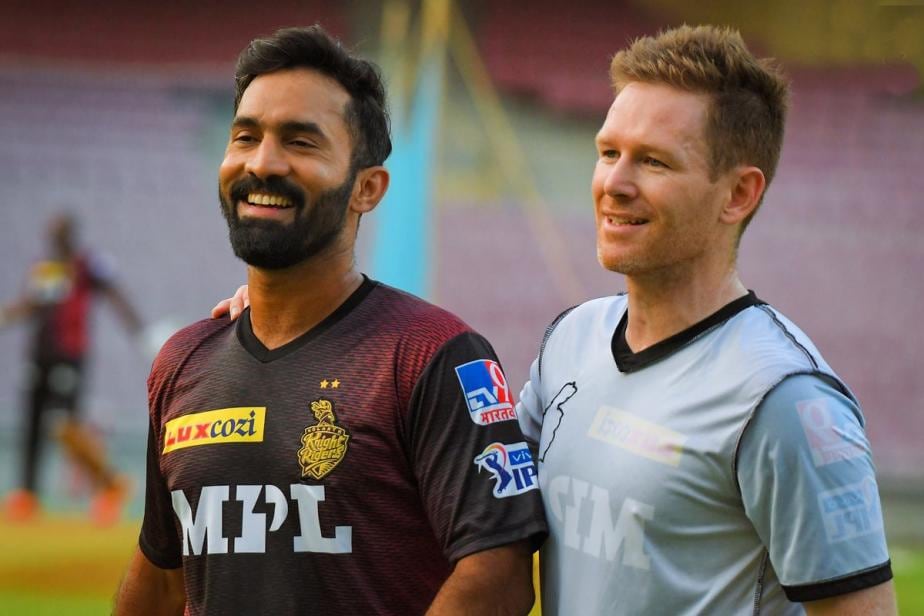 Former Kolkata Knight Riders (KKR) captain Dinesh Karthik picked a Punjab Kings (PK) youngster as a player he is looking forward to in the ongoing Indian Premier League (IPL) 2021. Karthik, who leads the Tamil Nadu domestic side, said he is excited to see his home side player Shahrukh Khan in his maiden IPL season.

Khan is one of the most talked-about youngsters in the IPL circuits after he was roped in for a whopping Rs 5.25 crore by the Punjab franchise. The right-handed batsman has played in five first-class, 25 List A, and 31 T20 matches for Tamil Nadu (TN). With a strike rate of 131.39 in T20s, he played a key role in TN’s winning route in the Syed Mushtaq Ali T20 Trophy. He also played a crucial role with the bat in finishing matches in the 2021 Vijay Hazare Trophy.

Karthik’s reference comes after an interactive session on the microblogging site when one of the fans asked him which Tamil Nadu cricketer he is looking forward to in the T20 tournament.

“I’ll be very excited to see how Shahrukh Khan plays this year,” Karthik wrote on Twitter. “I’m looking forward to seeing him grow as a cricketer,” he further added. Meanwhile, Karthik turned up for his fourth year with KKR. He led them to the playoffs in 2018 scoring over 400 runs in the season. In the next two seasons, the Kolkata franchise finished fifth twice having lost the playoffs berth both times. He will be playing under Eoin Morgan once again and the Kolkata franchise will kick start their IPL 2021 campaign against the Sunrisers Hyderabad (SRH) on Sunday, April 11, at the MA Chidambaram Stadium, in Chennai.

Whereas, Shahrukh Khan is expected to be seen in action when Punjab Kings open their season against Rajasthan Royals (RR) in Mumbai on Monday, April 12.