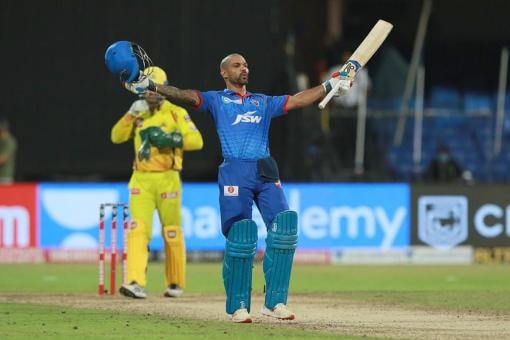 Mumbai will host its first match of the season in what will be a clash between two giant wicket-keeper batsmen at the helm – one an all-time great but on the wane and the other amongst the most talented and destructive batsmen in the form of his life in the last four to five months. The Capitals had their best season last year making it to the final before going down to Mumbai Indians. On the other end of the spectrum were Chennai Super Kings who fared poorly and had their worst IPL in history not making the playoffs for the very first time in the competition.

Capitals would start as favourites though the Super Kings with 15 wins and just 8 losses have dominated the contest historically.

MS Dhoni would want to erase the memory of IPL 2020 and start afresh this season. Ruturaj Gaikwad and Faf du Plessis are likely to open the batting for the three-time champions. Du Plessis was the best batsman for CSK in the UAE last season with 449 runs at a strike rate of around 140. The return of their most successful batsman – and one of the heaviest scorers in the history of the IPL – Suresh Raina will give a major boost to the CSK batting unit. The left-hander had withdrawn from the previous edition citing his inability to adhere to strict Covid-19 protocols.

MS Dhoni will need to change his approach and mindset batting in the lower middle-order – CSK need the MSD of old – destructive and ruthless and not the accumulator and anchor – Ambati Rayudu can play that role in the XI. The return of Ravindra Jadeja will bolster the lower order also providing CSK with an option with the ball.

Lungi Ngidi will not be available for the team’s opening fixture as he is still under the mandatory quarantine. Deepak Chahar will lead the pace attack along with Shardul Thakur. Moeen Ali may get a look in early in the tournament and could be used as a floater.

The opening pair of Shikhar Dhawan and Prithvi Shaw is one of the most formidable in the tournament. Dhawan was in scintillating form in the previous two editions after he changed course from anchor to aggressor mid-way into the competition. Shaw started the tournament with a bang in the UAE but then witnessed a dramatic decline in form. However, he was devastating in the 2021 Vijay Hazare Trophy breaking the all-time aggregate record for a season and smashing four hundreds.

Steven Smith was a great addition to the Delhi batting line-up. The Australian will bring in his experience and play the role of the playmaker at number 3. He can also be very innovative and unconventional in this format of the game. The captain Rishabh Pant, who had a poor outing last season, has had the most outstanding four months across formats and would be raring to go in 2021.

Kagiso Rabada and Anrich Nortje will not be available for the opening fixture as they would still be under quarantine – but that will give a chance for the Indian speedsters Umesh Yadav and Ishant Sharma to show their prowess with the ball. Axar Patel, who is recovering from Covid-19 may skip the first match – that would mean Amit Mishra will be the second spinner along with R Ashwin.

Ruturaj Gaikwad is likely to open with Faf du Plessis. Ngidi will miss the opening fixture. Moeen Ali may start ahead of Krishnappa Gowtham in the XI.

Rabada, Nortje and Axar Patel will not be available for the fixture but DC has enough quality reserves who will pose a similar threat.

Rishabh Pant did not have a great IPL 2020 and was not at his destructive best. He has been in the form of his life across formats in Australia and against England at home in the last four to five months. The additional responsibility of captaincy may just spur him to produce a performance of a lifetime in IPL 2021.

DC: I think captaincy will suit him really well. Excited to work underneath him and hopefully we can have a successful season Steven Smith on Rishabh Pant

CSK: I don’t think it is going to be his final year. This is my personal view and I don’t think we are looking at anybody now – CSK CEO Kasi Viswanathan.

Bush Making Much Different Comeback For Rangers This Time