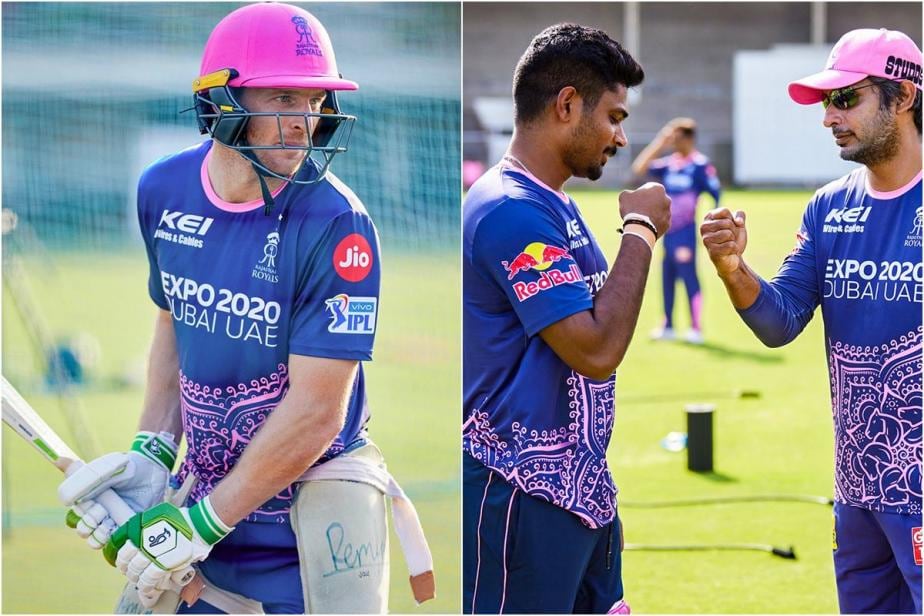 Rajasthan Royals’ England batsman Jos Buttler has backed the franchise’s new captain Sanju Samson to lead from the front when the tournament commences for the former champions. The Royals face KL Rahul led Punjab Kings in their opening match and the Englishman thinks Sanju Samson will do good when the time comes.

“Samson has a brilliant cricket brain and he will trust his instincts and lead from the front with the bat and with the gloves,” he told ANI.

The 30-year-old also emphasised that the senior players in the RR squad will also be there to advise the wicket-keeper batsman when required. “All the things he needs, he will have that in abundance and he has some senior players around him who can offer good advice when he wants to lean on for some advice,” he added.

However, Buttler added that the lack of experience will be the RR captain’s biggest challenge.

“I think the biggest challenge for Samson would just be the lack of experience of doing it before. I have not captained much and it feels a bit different when you do it and you sort of do not always have long experiences as a captain to fall back on.” Buttler said.

Sanju Samson took over the reins from Steve Smith who was let go by the franchise ahead of the mini IPL 2021 auction. The wicket-keeper batsman is not new to the captaincy role, he had previously led Kerala, Kerala U-19 team along with the India U-19 team.

Samson, who has been with the Royals since his teenage said on Saturday that he is ready to take the extra responsibility. “If you had asked me the question two years ago or if you would have given me this role two years ago, I would have said, no, I need some more time, I’m figuring out my own game. But now I feel that I’m mature enough to handle my own game and handle this role. So I feel that I’m ready to do this,” he told ESPNCricinfo.

The 30-year-old Buttler who has scored 1,187 runs for the RR franchise from 34 games and will again be instrumental for the franchise when the season begins.