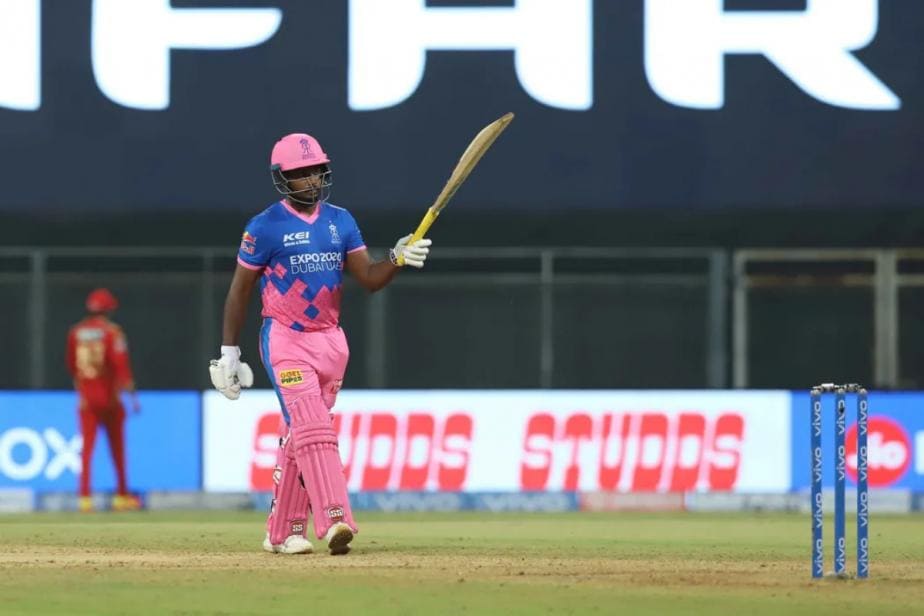 It was almost déjà vu at Chepauk on Monday, the 12th of April. Punjab Kings vs Rajasthan Royals, a hundred from KL Rahul, a 200-plus run target and then a masterclass in the chase from Sanju Samson – only the end result turned out to be different to what transpired in Sharjah in Match 9 of the previous edition on the 27th of September 2020. But once again, the talented and prodigious Samson produced another stunning performance at the start of an IPL season hammering 119 off just 63 deliveries.

Samson came out to bat in the very first over itself as the Royals suffered a big blow losing Ben Stokes to Mohammed Shami. Manan Vohra exited soon and the 222-run chase became that much more difficult. But never to give up on a challenge, the Royals’ skipper, Samson resurrected the innings in a crucial 45-run stand off 26 deliveries with Jos Buttler. While the England limited overs’ star hammered 25 off 13 deliveries, Samson was happy to play second fiddle contributing 17 off 13 deliveries.

It was after Buttler’s exit that Samson assumed control and changed the match on its head combining with Shivam Dube and Riyan Parag in two successive quickfire fifty-plus partnerships. From 29 runs off his first 22 deliveries, Samson blasted 90 off 41 deliveries at a strike rate of 219.51 in what was a colossal display of magnificent stroke-play and batsmanship.

It all started with a punch over long off to a 142 kms per hour delivery by Riley Meredith. There was no looking back. Samson showcased his artistry – from delicate touches to sublime fours to majestic towering sixes – he displayed the whole range. One of Samson’s most ruthless hits came in the 18th over off the bowling of another talented Australian bowler Jhye Richardson – Samson cleared his front leg and punched a delivery at pace outside off over long off for a maximum.

Another special stroke was witnessed in the penultimate over delivered by Meredith. Samson whipped the quick over mid-wicket for a huge maximum. Although he could not quite take the Royals across the line and they fell just short, Samson again gave a glimpse of his genius and prowess with the bat almost single-handedly pulling off a stunning chase for his franchise. His 119 was almost 55% of the Royals’ total in the chase.

Samson again made a big statement at the beginning of an IPL season. He had smashed a brilliant 74 off just 32 deliveries against Chennai Super Kings at Sharjah in what was the first match of the season for the Royals in 2020. He then hammered a breathtaking 85 off just 42 deliveries against Punjab Kings again at Sharjah pulling off a 223-run chase.

However, Samson’s form tapered thereafter and he registered a series of low scores never managing to return to peak form for the remainder of the tournament.

He has once again begun a new season with a mind-blowing performance. Coupled with his stunning stroke-play and gifted timing, if Samson could add a little bit of consistency in the mix, it could well turn out to be the defining IPL of his career.