IPL 2021: Rohit Sharma Shows More Confidence In Me Than I Do Myself – Rahul Chahar 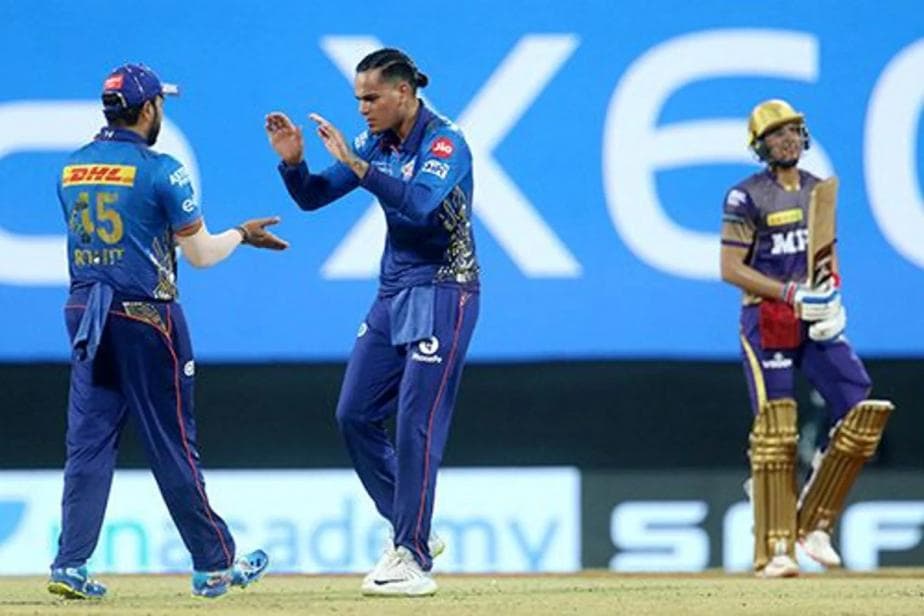 After spinning a web around Kolkata Knight Riders with a spell of 4 for 27, Mumbai Indians spinner Rahul Chahar credited captain Rohit Sharma for showing more confidence in him than he has himself. Chahar also explained the wickets of Shubman Gill and Nitish Rana; Gill was caught in the deep a ball after hitting a six, while Rana stepped out to be stumped in the last ball of Chahar’s spell.

Chahar’s efforts helped MI defend 152, with KKR losing by 10 runs despite being in a comfortable position at one stage.

IPL 2021: Who Will Sanjana Ganesan Root for in KKR vs MI Clash? Netizens Divided

“There was pressure when they started well and a spinner had to pull it back. I enjoyed Tripathi’s wicket. I was confident in my abilities as I have been playing the IPL for 2-3 years. I know Shubman Gill well from the under-19 days, and I also know he can’t keep hitting me out of the park on a regular basis,” he said at the post-match presentation after winning the Man of the Match award.

“I can spin at 90 kph and that’s my strength. I had an idea about Nitish walking down the track, so I bowled a flipper outside off on the last ball of my spell.

“My confidence is sometimes down, but Rohit shows more confidence in me than I do myself to lift me up. Mumbai Indians takes care of its players during the off season as well, and that’s why it is such a special franchise.”

“Was a great fightback, excellent fightback by each one of them. You don’t see a game like this often. Lots of confidence from this game and we move forward,” he said. “KKR batted brilliantly in the powerplay, credit to them. Rahul came and got us crucial wickets in the middle. Krunal bowling those overs at the end was vital as well.

“It was a complete team effort and credit to all the bowlers. As batters you need to carry on. The trend in Chennai is you can’t hit from ball one. You have to plan before you go into bat. But to be honest we were 15-20 runs short. Should have batted well at the fag end.

“We need to understand how we need to bat at the death but I don’t want to take anything away from the boys. SKY has carried his form well. He plays fearless and plays proper cricket shots, and it’s a positive sign for us in the first few overs. We need a guy there to do that.

“We have done the finishing part well as a team, just that we need to understand the surfaces here and adapt.”

Home of Spanish Football Set to Get a Cricket Ground, Courtesy These Young Women