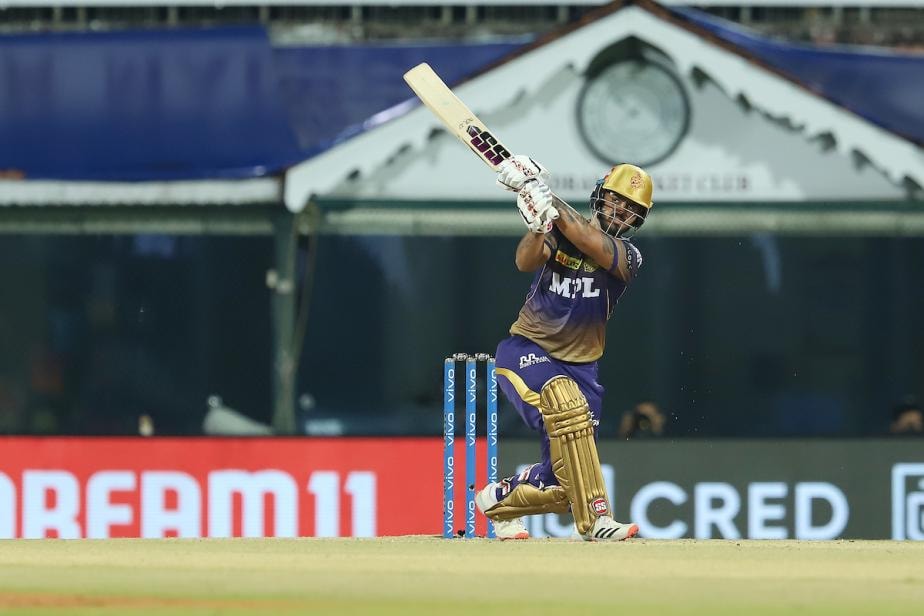 Nitish Rana continued his good run of form in Kolkata Knight Riders’ match against Mumbai Indians in Chennai as well, as he made a fighting 47-ball 57 in a lost cause as the two-time champions fell short by 10 runs. The southpaw now has 137 runs in two matches and is now the leading run-scorer in IPL 2021. He is closely followed by Rajasthan Royals captain Sanju Samson who has 119 runs. Third, on the list is Punjab Kings skipper KL Rahul with 91 runs and Suryakumar Yadav occupies fourth place with 87 runs.

Eoin Morgan won the toss for Kolkata Knight Riders and opted to field first. They began well with the ball, with Varun Chakravarthy dismissing Quinton de Kock in the second over. However, Suryakumar Yadav extended his superb form with stupendous strokeplay, smashing 56 off 36.

However, his dismissal triggered a collapse for Mumbai Indians. Ishan Kishan fell prey to Pat Cummins in the 12th over and a few overs later, the Australian MI captain Rohit Sharma’s wicket. Rohit made 43 off 32 balls.

The Mumbai middle-order failed to come to the rescue. Hardik Pandya and Kieron Pollard were sent packing within the space of one over.

A superb spell from Andre Russell further dented MI’s revival. Russell hadn’t bowled till the 17th over but still managed a five-for. He got rid of Kieron Pollard (5) and Marco Jansen (0) and in his second over, innings’ last, he picked three wickets — Krunal Pandya (15), Jasprit Bumrah (0) and Rahul Chahar (8). As they set a modest 153 run target for KKR.

Kolkata got off to a decent start and then slowly got control of the game as Nitish Rana and Shubman Gill dominated the MI bowlers. They added 72 for the first wicket before Rahul Chahar got MI the breakthrough in his very first over.

His exit triggered a wobble. In Rahul Chahar’s second over, Rahul Tripathi was caught behind to a ball that turned big. Morgan settled in and then perished looking to attack Chahar, caught in the deep. Rana, meanwhile, scored his second half-century in as many games this season.

KKR were in the driver’s seat till Rana was in the middle. Another poor and needless shot from Shakib Al Hasan saw him lose his wicket to Krunal Pandya, caught in the deep.

Suddenly, the equation was 30 off 25, which could have been worse had Krunal not dropped Russell, on 0, off his own bowling. In Krunal’s next over, with 21 needed off 16, Bumrah dropped a high catch from Russell.

With Russell struggling, the equation was 19 off 12 with Bumrah to bowl. Bumrah bowled a tremendous penultimate over conceding only 4 runs, leaving 15 to get off the last over.

Boult had Russell caught and bowled, and then rattled Pat Cummins’ stumps even as Karthik was stranded at the non-striker’s end.