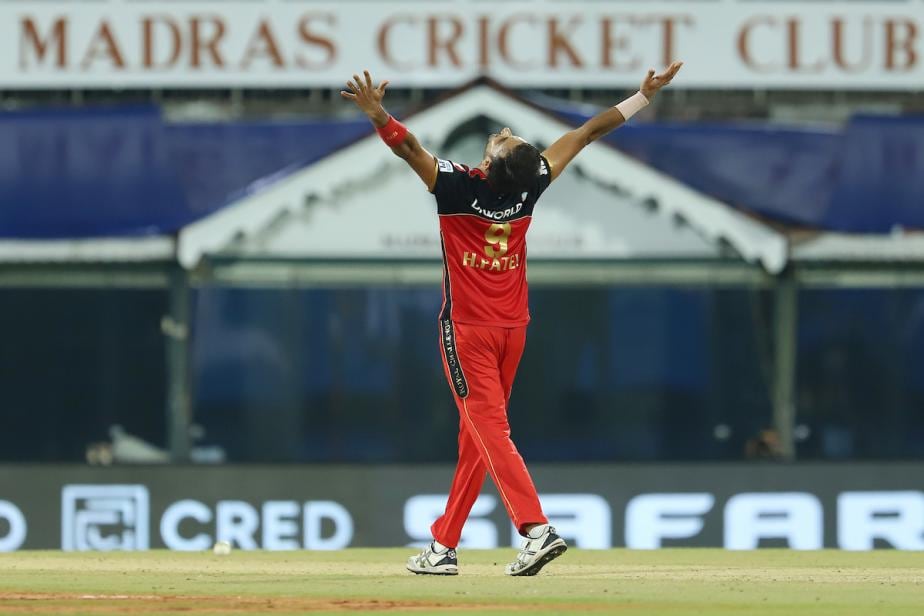 After the end of the match between Punjab Kings and Rajasthan Royals in IPL 2021, Harshal Patel is still the leading wicket-taker, and holder of the purple cap. The RCB lad had picked up 5-27 against Mumbai Indians in the opening match of the season.

Meanwhile, Sanju Samson’s incredible century was not enough as Punjab Kings held their nerves to win an edge of the seat thriller against Rajasthan Royals at the Wankhede Stadium on Monday. Chasing 222, Samson slammed 119 off 63 to take RR within touching distance. However, with 5 needed off the last ball, he fell caught in the deep off Arshdeep Singh’s bowling as RR lost by 4 runs.

Rajasthan Royals’ huge chase got off to a terrible start with Ben Stokes falling for duck, caught and bowled by Mohammed Shami top edging an attacking stroke. Manan Vohra impressed briefly before he too fell to a sharp return catch by Arshdeep Singh.

At 25 for 2 in the fourth over, RR needed stability and momentum. They got that through Jos Buttler and Sanju Samson. Buttler began the counter attack slamming four straight fours to welcome Riley Meredith to IPL.

Sanju Samson, meanwhile, was lucky to be dropped on 12 by KL Rahul off Arshdeep Singh. He was later dropped again on 35 by Mayank Agarwal off Meredith. With Samson taking on Arshdeep in the sixth over, RR got 59 for 2 in the Power Play.

Jhye Richardson got PBKS back in the game in the eighth over, Buttler deceived and bowled by a slower ball. Samson then took over, taking them past 100 within 11 overs with Shivam Dube at the other end. Once Dube fell for 23 off 15 in the 13th over, Riyan Parag walked out to play a terrific cameo. He made 25 off 11, slamming M Ashwin for three sixes in a 20-run 16th over.

With carnage at both ends, the equation came down to 48 off 24. Parag fell, but Samson got it down to 21 off 12. He hit Richardson for two fours and a six to bring up a 54-ball century, becoming the first to get a ton on debut as IPL captain.

It eventually came down to 13 off 6, with Arshdeep Singh bowling to Samson. Samson got it down to 5 off 2. Off the penultimate ball, though, he denied a single to keep Morris off strike. The captain decided to take it upon himself, but only managed to hole out to the deep in the final ball.

World Test Championship Scenario: Even a Draw in Final Test Will Take India to Lord’s