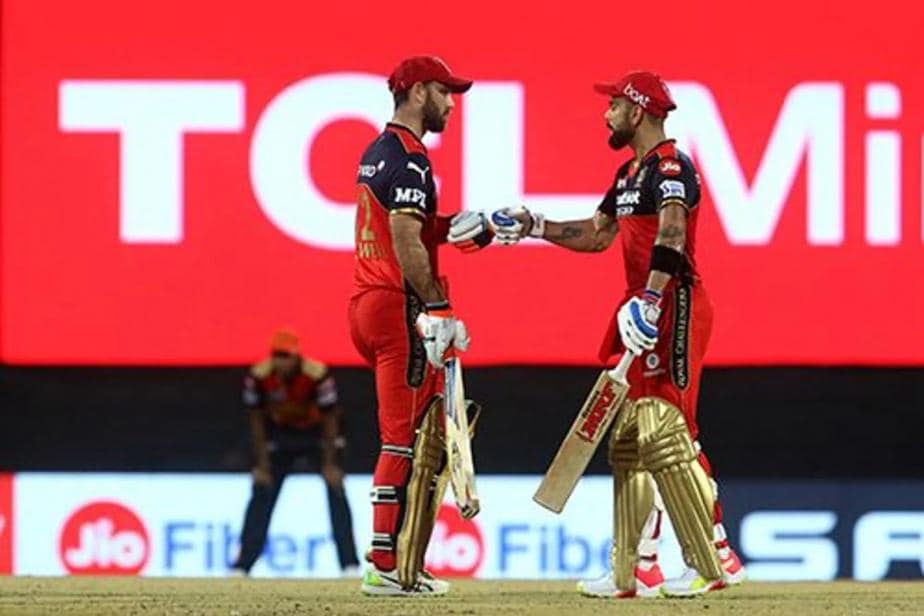 After stealing a win from the jaws of defeat against Sunrisers Hyderabad, Royal Challengers Bangalore captain Virat Kohli said Glenn Maxwell’s 41-ball 59 was the difference at the MA Chidambaram stadium in Chennai on Wednesday. RCB had posted 149 for 9 thanks to Maxwell’s effort and then defended it to win by 6 runs. SRH were in a comfortable position at 96 for 1 before they choked in tough batting conditions.

“Not as exhausted as I’m proud. It was a top game for us and probably it will get more and more tougher here. You saw it in KKR vs MI – you’re never really out of the game. The wicket is only going to get tougher in the coming games, and those extra bowling options made the impact performances in the middle overs,” he said.

“I told them if we’ve struggled to 149, it will be tougher for the opposition. I truly believed we could win with 150. The wicket was never a belter and tonight our execution under pressure was spot-on. The wicket kept getting tougher and tougher with the old ball.”

Kohli said Maxwell gave the team the momentum, and stressed they’re not looking too far ahead despite winning two in two games.

“It’s about getting momentum in the first six overs, but for us Maxi gave us that momentum and got us closer to 150. Maxi’s innings was the difference for us.

“To be very honest, we’re not over-excited with victories this season. We have a clear plan and backing our players. Got Harshal from Delhi for a role. It’s a long tournament and you have to be professional with your job.”

Maxwell, meanwhile, was thankful to the franchise for giving him a specific role very similar to the one he plays for Australia.

“It’s a very nice start, new franchise for me and they have given me a specific role. To start like this is really nice,” he said.

Maxwell said he was happy to have the assurance of strong batsmen behind him.

“It’s nice to have batters behind you, you have freedom with AB to come and it’s a very similar role I have in the Australian cricket team. The support staff have been backing me as well. It’s just about using the experience. Get myself in and then go for the runs. Probably having those guys behind me is a luxury at RCB.

“Maybe was pushed a bit too deep and expected to go from ball one, which I am not pretty good at (in other franchises). Maybe a bit of culture thing as well. I think it’s my 4th IPL team and there’s a bit of pressure. So it was really key for me to turn up and do well.”

Why Soft Signal Is So Important? Kohli Questions