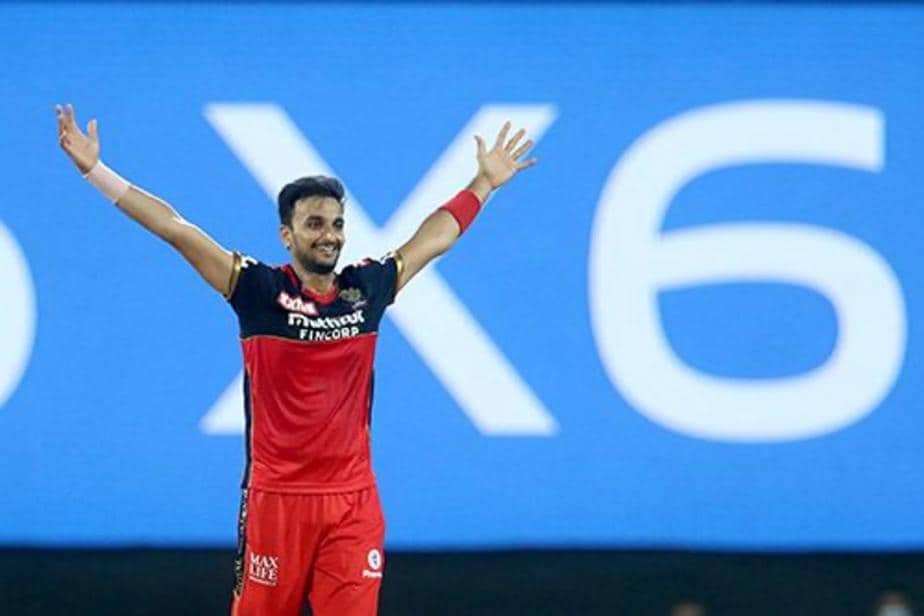 In yet another inspiring performance, RCB clinched a six-run victory against SRH on Wednesday. Once looking set to chase the target easily, a collapse in the middle-order saw Hyderabad fall short of the total. The architects of the win were once again the bowlers for Bangalore, with Harshal Patel picking up two crucial wickets in the match. That makes him the leading wicket-taker in the competition and also the purple-cap holder. He has seven wickets now.

Earlier in the day, RCB were restricted to only 149 in their 20 overs. Sunrisers bowler Jason Holder and Rashid Khan returned with figures of 3-30 and 2-18 in their respective quota of overs and put the brake on the once cruising RCB. At 91/2 in 12 overs, it looked like the RCB trio Virat Kohli, Glenn Maxwell — both of who were batting at the crease — and AB de Villiers would take the attack to SRH.

However, led by Afghanistan leg-spinner Rashid, SRH conceded just 19 runs in the next five overs while picking five wickets. Rashid took two wickets for seven runs in his two overs in that phase.

Some power-hitting by Glenn Maxwell (59 off 41 balls) and some lusty blows by Kyle Jamieson (12 off 9 balls) took RCB to their eventual score of 149 for eight.

Maxwell, who was the top-scorer for his team, was dismissed on the last ball of the innings. He hit three sixes and five fours after having walked in to bat at No. 4. Skipper Virat Kohli made his second successive score of 33 off 29 balls.

For SRH, West Indian Jason Holder, who got the prized scalps of Virat Kohli and Maxwell, was the most successful bowler with 3/30 in four overs. Rashid, who dismissed the RCB trumpcard AB de Villiers (1 off 5 balls), finished with 2/18 in his four overs.

On This Day: Sunil Gavaskar Scored his First Test Century and The Rest is History!

ICC Decisions: Champions Trophy Is Back, More Teams for T20 and 50-Over World Cups