I Have Been Waiting For This: Jaydev Unadkat After Destroying DC Top-Order 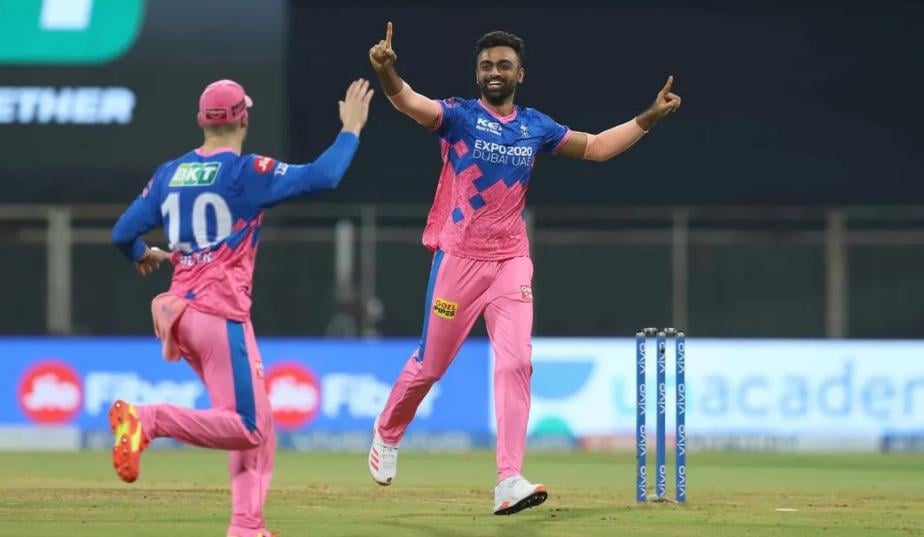 Jaydev Unadkat was the star of the show with the ball for Rajasthan Royals as he knocked over Delhi Capitals’ star-studded top-order inside the Powerplay overs in an IPL 2021 match on Thursday. Unadkat was at his destructive best outfoxing DC openers Prithvi Shaw and Shikhar Dhawan followed by Ajinkya Rahane to finish with excellent figures of 3/15 from four overs.

His burst ensured DC could only manage a below-par total of 147/8 with RR overhauling the target with two deliveries to spare, overcoming a slump of their own. Unadkat was rightly given man-of-the-match award.

During a mid-innings interview, Unadkat revealed he was waiting for this kind of spell that left DC gasping for breath. “I have been waiting for this, no better feeling than this for a bowler. It was something which we planned in our meetings, we wanted not to give them the extra bit of pace all the time. Their batsmen were all playing with hard hands,” Unadkat said.

During the post-match presentation, the 29-year-old left-arm quick shed some light on his planning against the DC batsmen. “If you see the stats I think I only bowled about four-five change of pace. It was about hitting the hard lengths, hitting good lengths because it was doing a bit. Feel there was a bit of moisture. Made good use of it,”  he explained.

Unadkat dipped into his experience of bowling in tough match situations and said he has found the freedom which he eluded him last season. “Was bowling with the kind of freedom I wanted with the new ball. Couldn’t do that last season. Had to step up this time. Didn’t get the first game so I knew the chances when they come, I have to take them,”  he said.

RR will hope Unadkat continues his form in the upcoming matches as they target a first title since winning it back in 2008.

IPL 2021: Over Dependence On KL Rahul Is Adversely Affecting The Fortunes of Punjab Kings

IPL 2021: Despite Covid Crisis, England Has No Immediate Plans to Pull Out Players