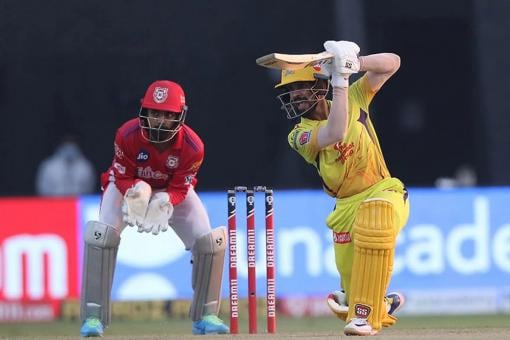 PBKS vs CSK Live Cricket Score:  In the second round of matches, Chennai Super Kings, after an ordinary outing in their first match against Delhi Capitals, now face a formidable Punjab Kings in Mumbai. While the three-time champions CSK started their campaign with a loss, PBKS snatched out a narrow win against Rajasthan Royals. But when the two teams meet on Friday, Punjab will seem to hold a slight edge, while on the other hand Chennai have a lot to sort out to be able to register a win.

The batting unit seems to be doing fine for the team, with the likes of Moeen Ali, Sam Curran and Suresh Raina firing all cylinders in their previous outing against Delhi. But the batting order of MS Dhoni, and more importantly his form seems to be a worry. Although the skipper has just failed in one match, but it doesn’t look like he is enjoying himself in the middle. Apart from that there are woes galore for the bowlers. Despite having some experienced bowlers in their ranks, they failed to defend 189. Shardul Thakur, Ravindra Jadeja and Curran, all went for plenty of runs. For now it looks like they would like to go with Lungi Ngidi in the pace department and get in a replacement for Deepak Chahar as well.

KL Rahul and Deepak Hooda were excellent with the bat in the previous outing against Royals. Opening the batting, Rahul played a captain’s knock of 91 off just 50 balls. He was ably supported by big-hitting Chris Gayle (40 off 28) and Deepak Hooda (64 off 28). Just like CSK, it is not batting, but their bowling that is an area of concern. Even though young Arshdeep Singh (3/35) eventually emerged as Punjab’s saviour — with RR needing 13 runs off the last over — the left-arm pacer gave away just eight runs to pull off a fine win for his team, he didn’t get enough support from other bowlers.

Veteran Mohammad Shami (2/33) had a decent outing, but the performance of Australian pace duo of Jhye Richardson (1/55) and Riley Meredith (1/49) should be a concern for Punjab, having shelled out Rs 22 crore for their services. Most likely, England’s Chris Jordan will come in for Meredith, who is a specialist death bowler.